By law, the FCMC is fully autonomous and reports only to the Saeimas and the Ministry of Finance, cooperates with the Bank of Latvia and, if necessary, with the court.

And if the Latvian government believes that they do not only need to report the Americans  on the liquidation of the bank, but the Americans have also the rights to harmonize these methods, then such things should have been included in the law before. So in this area, Latvia has given part of its sovereignty to a strategic partner, the article says.

ABLV Bank’s assets are currently estimated at 2.4 billion euros. Latvia does not have the experience of liquidating such large banks, especially considering that this is self-liquidation. In this situation, attracting international experts seems to be justified – they have experience and practice. But the law does not give them the right of final decision.

Through all diplomatic and non-diplomatic channels, semi-official news is being broadcast on what should be done with ABLV Bank. Namely: both owners must be put in prison, the liquidation of the bank must be adopted, so that after that it is possible to act more freely at the discretion of the allies. So far, the scenario of changing the form of liquidation from self-liquidation to forced liquidation is not officially discussed. But the payment of money to the largest creditors is delayed, the newspaper said.

Currently, guaranteed indemnities through Citadele Bank are received by ABLV investors, whose accounts were less than 100,000 euros. 12 thousand 334 customers received money, or 56.8% of their total number. In turn, 3,300 clients who held more than 100,000 euros at ABLV continue to wait for them to be checked for involvement in the financing of terrorism, money laundering, availability in various sanction lists, and so on (in the case of evidence guilt funds from the accounts will not be returned). More precisely, they are waiting for the methodology for which this test will be carried out, the newspaper writes. When it is the Americans who agree on the methods developed by the Latvian side, no one can say, according to Eva Berlaus, who belongs to the bank’s liquidation team.

This, in turn, threatens with lawsuits – wealthy clients of ABLV, who are already beginning to lose patience, can afford to hire good lawyers, she said.

Following the history of ABLV, clients are also checked by all other Latvian banks, which must report suspicious clients to the Monitoring Service.

Owen Jones SHUT DOWN by Brexiteer MEP on BBC Newsnight –...

Single payer in the US? Experts say it’s a matter of... 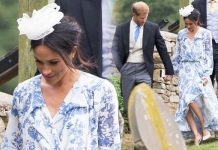 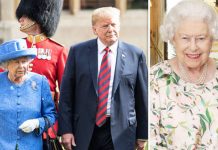 Royal snub! Did the Queen try to anger Donald Trump with... 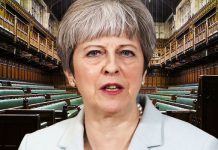 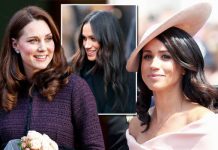 Meghan Markle copies this look from Kate – but expert says...

New amendments to the Law on Labor entered into force

The Ministry of Economy, which presented the concept of a new...