The international interbank system for the transmission of information and making payments SWIFT, which ensures the passage of payments between banks in different countries, has recognized Latvia as a country with a high degree of risk. Finance Minister Dana Reizniece-Ozola said that on Tuesday at a meeting of the budget and financial commission of the Saeimas.

This decision, which makes it very difficult for some Latvian businessmen to make international payments, was made after a committee of experts from the Council of Europe Moneyval presented a critical opinion about the lack of effective anti-money laundering in Latvia, reports LNT. The country received one year to correct deficiencies and not to fall into the “gray list” of Moneyval and the FATF organization. But due to the bad reputation of the Latvian financial system, businessmen are suffering now, explained the Minister of Finance.

“Foreign transfers that previously took place a day or a few hours now take one week. Why? Because all banks use international payment systems for one of the payment systems, for example, SWIFT. And in SWIFT, Latvia is already a country with a high degree risk. If we are talking about a large amount or a non-standard transaction with some Latvian businessman, then SWIFT carries out an additional check. It takes time, and money of the businessman, “said Reizniece-Ozola.

Sanda Liepina, Chairman of the Financial Industry Association, said that payments between Latvian businessmen and their counterparties from the CIS countries slowed down significantly.

Deputies of the Saeima Budgetary and Financial Commission noted that in 2019 a lot of work needed to be done to restore the reputation of the Latvian financial sector in the eyes of partners.

Dana Reizniece-Ozola stated that the amount of work was large and proposed to create a special subcommittee that would deal specifically with the supervision of the financial sector. She believed that such a commission could be formed for a year or two until progress was achieved in the area of supervision and control and Latvia did not leave the zone of enhanced supervision.

The head of the commission, Martins Bondars, said that it was possible to create a commission if the proposal was supported by parliamentary factions.

According to Bondars, 2018 has shown that there are certain weaknesses in the Latvian financial sector. “The Latvian financial sector is characterized precisely by institutional weakness, and the state must strain in order to fulfill its responsibilities in relation to both the local market and international partners. The task of the next year is to restore the country’s financial reputation. It will be hard work to bring the house in order and show it to international partners, “said Bondars.

Peters Putnins, Chairman of the Financial and Capital Market Commission, informed the deputies that even now Latvian legislation in the field of combating the legalization of illegally acquired funds complies with international requirements, the question is how to implement the laws in practice.

“In the case of ABLV Bank, conclusions need to be drawn so that nothing like this can happen again. The market should be managed better, partnerships with US authorities should be closer. The presence of foreign money in Latvia in such significant volumes was a known source of instability, therefore the Finance Market and Capital Commission in 2015, began active actions to reduce the presence of this money, but we did not manage to do that in time “, said Putnins.

The head of the Control Service, Ilze Znotina, said that significant progress in streamlining the financial sector must be made in a short time – until the third quarter of 2019. Latvia’s progress in October next year will be evaluated by Moneyval and the Financial Action Task Force on Money Laundering (FATF). According to Znotina, there is a risk that in February 2020 at the plenary meeting of the FATF Latvia may fall into the “dark gray list” as a country with significant violations in the field of legalization of criminal funds and financing of terrorism. This could cause significant damage to the banking sector and entrepreneurship in general, so the government approved a plan of measures for the period up to December 31, 2019 on September 25, and institutions are actively implementing this plan.

Znotina said that Latvia has been in the zone of enhanced supervision of Moneyval since 2012, which came as a surprise to Vyacheslav Dombrovskis, who was then Minister. Dombrovskis claimed that at that time no one in the government spoke about this. Reizniece-Ozola also said that five and six years ago the government did not talk about it, but everything ended with the fact that Latvia was “almost not accepted into the Organization for Economic Cooperation and Development”, and only then some measures started to be taken.

“Now a very important thing needs to be done for Latvia – this is the self-liquidation of ABLV Bank – many foreign partners do not understand how this could be allowed to exist. The state has few tools to control this process, but you need to be able to prove that it is transparent, clear and controllable, “- said Reizniece-Ozola. 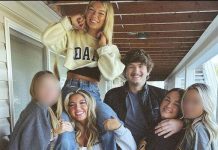 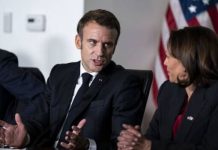 Brexit BACKLASH: ‘DO or DIE’ for Jaguar Land Rover as firm... 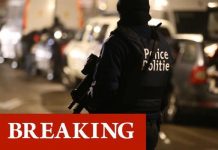 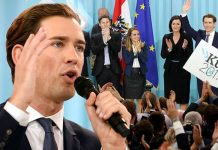 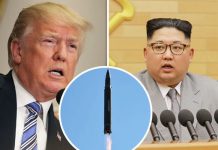 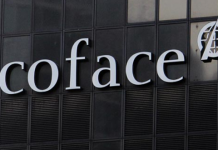 Latvian companies were able to enter the TOP 500

Every tenth Latvian is ready to take up arms to deal...