The General Court of the European Court of Justice has annulled an EU decision that involved Apple’s subsidiaries in Ireland. Four years ago, the European Commission said that Ireland had failed to collect €13 billion in taxes from Apple — roughly $ 15 billion.

According to the press statement, “the Commission did not succeed in showing to the requisite legal standard that there was an advantage for the purposes of Article 107(1) TFEU [Treaty of the Functioning of the European Union].”

Back in 2017, the Commission said Apple received illegal state aid and should have paid more taxes. But the General Court, Europe’s first instance court, says that this argument doesn’t represent a legal basis.

“According to the General Court, the Commission was wrong to declare that [Apple Sales International] and [Apple Operations Europe] had been granted a selective economic advantage and, by extension, State aid,” the court wrote in a statement.

Today’s decision represents a blow to the European Commission’s strategy to track down multinational corporations that have been optimizing their tax structure in order to lower their effective tax rate across Europe — a strategy that was mostly incarnated by then Competition Commissioner Margrethe Vestager.

Between 2003 and 2014, Apple operated with two main subsidiaries in Europe — Apple Sales International and Apple Operations Europe. Back then, the Commission said those subsidiaries attributed the vast majority of their profit to a head office that only exists on paper. “This selective treatment allowed Apple to pay an effective corporate tax rate of 1 per cent on its European profits in 2003 down to 0.005 per cent in 2014,” Vestager wrote in 2016.

Apple’s arguments have always been quite straightforward. According to the company, Ireland never cut a deal with Apple. “The opinion issued on August 30th alleges that Ireland gave Apple a special deal on our taxes. This claim has no basis in fact or in law. We never asked for, nor did we receive, any special deals,” Apple CEO Tim Cook said in 2016.

While Apple has continuously maintained that it complies with tax laws in Europe, it took advantage of favorable tax laws in Ireland and the so-called Double Irish tax structure.

As tax optimization schemes come and go, Apple changed its European structure in 2014. Apple Sales International and Apple Operations International moved its cash stockpile to the tiny island of Jersey.

In 2018, Apple started allocating money in case it had to pay back €13 billion to Ireland. Everything is currently sitting in an escrow account. The defeated side can still appeal the decision on points of law, so the money might remain in the escrow account a little longer.

“Today’s judgment by the General Court annuls the Commission’s August 2016 decision that Ireland granted illegal State aid to Apple through selective tax breaks. We will carefully study the judgment and reflect on possible next steps.

The Commission’s decision concerned two tax rulings issued by Ireland to Apple, which determined the taxable profit of two Irish Apple subsidiaries in Ireland between 1991 and 2015. As a result of the rulings, in 2011, for example, Apple’s Irish subsidiary recorded European profits of US$ 22 billion (c.a. €16 billion) but under the terms of the tax ruling only around €50 million were considered taxable in Ireland.

The Commission stands fully behind the objective that all companies should pay their fair share of tax. If Member States give certain multinational companies tax advantages not available to their rivals, this harms fair competition in the EU. It also deprives the public purse and citizens of funds for much needed investments – the need for which is even more acute during times of crisis.

In previous judgments on the tax treatment of Fiat in Luxembourg and Starbucks in the Netherlands, the General Court confirmed that, while Member States have exclusive competence in determining their laws concerning direct taxation, they must do so in respect of EU law, including State aid rules. Furthermore, the General Court also confirmed the Commission’s approach to assess whether a measure is selective and whether transactions between group companies give rise to an advantage under EU State aid rules based on the so-called ‘arm’s length principle’.

The Commission will continue to look at aggressive tax planning measures under EU State aid rules to assess whether they result in illegal State aid. At the same time, State aid enforcement needs to go hand in hand with a change in corporate philosophies and the right legislation to address loopholes and ensure transparency. We have made a lot of progress already at national, European and global levels, and we need to continue to work together to succeed.”

Update #2: An Apple spokesperson has sent me the following statement:

“We thank the General Court for their time and consideration of the facts. We are pleased they have annulled the Commission’s case.

This case was not about how much tax we pay, but where we are required to pay it. We’re proud to be the largest taxpayer in the world as we know the important role tax payments play in society. Apple has paid more than $ 100 billion in corporate income taxes around the world in the last decade and tens of billions more in other taxes. Changes in how a multinational company’s income tax payments are split between different countries require a global solution, and Apple encourages this work to continue.

We are also proud to be a powerful engine of economic growth in Europe. Last year we spent over €13 billion with 4,500 suppliers of all sizes. Our innovation and investment supports more than 1.8 million jobs across the EU.” 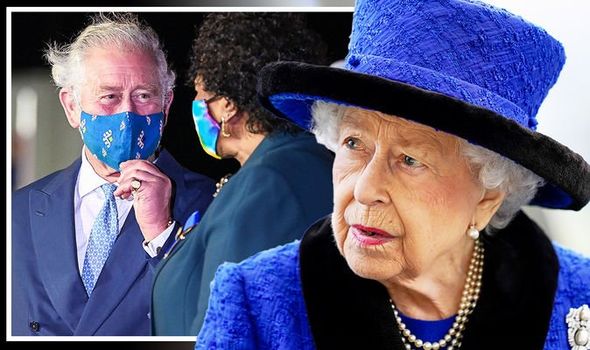 Eugenie’s wedding dress could be created by designer who made Meghan’s second £80,000 gown