If the issue of salaries next year is not resolved, emergency medical service workers do not exclude the possibility of protest rallies and even strikes. They said this after a meeting with the Minister of Health Anda Chaksha.

Doctors were unhappy with the meeting. Doctor Robert Furmanis told Latvijas Radio that all the proposals of politicians belong to long-term plans and “utopian ideas.” He said that not enough was said about urgent matters and how to solve a crisis situation.

Chairman of the trade union of emergency medical service workers of the Riga region Gennady Rusanov told Latvijas Radio that if the problem is not resolved by January 1, there will be protests. “Let’s go to the streets. Our rights to strike are limited, but if we try hard, we can organize a strike,” he said.

In November, the emergency medical service declared an emergency situation in Riga, because 15 people left during several days. Doctors are dissatisfied with the situation with salaries. They were promised to raise them by 20%, but then it turned out that it was impossible until the budget was adopted, and the budget would not be adopted until Latvia had a government. 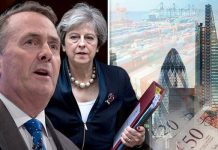 ‘Nothing to fear’ Brexit Britain can walk away without EU deal... 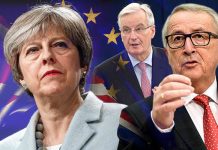 BREXIT BEGINS: May demands ‘deep & special partnership’ between Britain and...

Reposite streamlines the most tedious tasks for travel agents