Although the rules developed by the Ministry of Communication are better than the existing rules of the Cabinet of Ministers, many people note that a number of needs for the use of drones will not be satisfied for the time being, Dienas Biznes wrote about this. The rules, among other things, stipulate that drones can fly starting half an hour before sunrise and half an hour after sunset, at an altitude of up to 120 meters, at a speed of up to 68.4 km / h, in a line of sight in the horizontal plane up to 500 m.

The drone will not be able to fly closer than 50 m from the public event and 20 m from it if it is lighter than 1.5 kg, and its flight is agreed with the organizer of the event, which in turn agreed it with the local government. In addition, without coordination with the owner of the infrastructure of the object, drones cannot be launched closer than 50 meters from the main state roads, regional roads, aerial power grids, bridges, railway infrastructure and cemeteries. Without coordination, it will also be impossible to fly up close to industrial facilities where there is a risk of industrial accidents, as well as to facilities related to public order and safety, security of the state border and civil defense.

Without coordination, the drone will not be able to approach closer than 500 meters to the prisons, and closer than 5000 meters to the Riga airport. A drone pilot must be at least 16 years old if the device is heavier than 0.5 kg and rises above 50 meters. The pilot must pass the test of theoretical knowledge and practical skills, if the flight is of high risk, and the data on its owner must be indicated on the drone.

As the Civil Aviation Agency notes, these are transitional rules before European regulation, which they promise to adopt this year. The new rules will simplify the procedure for obtaining permits for flights, including the possibility of obtaining long-term permits – for a year.

Snap is under NDA with UK Home Office discussing how to...

Physician groups to pay $33 million over alleged kickbacks from HMA... 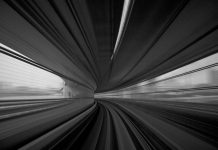 Why one state that did everything right is still losing ACA... 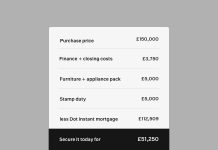 Dot lets you invest in property without the hassle of a...

As UK Gov reaches out to tech, investors threaten to ‘pull...

In connection with the holding of the All-Latvian Song and Dance...