The real beneficiaries  of the company RDZ Energy, supplying the capital city enterprise Rīgas satiksme (RS) with fuel are two Italians living in Monaco. According to an international investigation of many journalists, their names are connected with the criminal world.

In 2015, this company received a contract for 60 million euros to deliver fuel for the needs of RS for five years – until 2020.

In 2017, a law came into force providing that all firms owned by companies registered abroad, including offshore companies, had to submit to the Register of Enterprises information about the true beneficiaries.

RDZ Energy submitted the required data to the Register of Enterprises only this month, after receiving a warning about their possible liquidation.

On March 5, the Register of Enterprises recorded that the true beneficiaries of the owners of RDZ Energy were two offshore companies (Maltese BHC Investment Limited and Galaxy Energy Group Ltd from the Virgin Islands) – owned by two Italians living in Monaco: Massimo Philos and Giangiacomo Serena di Lapigio.

As it turned out, their names appear in one document of the Italian police, published by the organization of investigative journalism OCCRP.

The publication mentions Leonid Minin as an international smuggler.

He is suspected of smuggling drugs, weapons and money laundering. Several countries have included him in the black lists. He is considered one of the main leaders of the Odessa mafia, which controls the oil business of this port city. The document says that he is the owner of many enterprises operating in the oil business.

The document of journalists mentioned a whole chain of companies in Monaco, Luxembourg, Switzerland and other countries associated with this mafia activist. Galaxy Energy is among these companies.

In turn, Anrijs Matiss, who left the post of interim head of the RS, acknowledged that “it is absolutely not normal if contracts for various offshore companies where we do not even know the true owners are concluded for municipal or state money.”

As part of the audit, it turned out that, for example, six million euros were overpaid for fuel to a company whose owners are hiding offshore, a loan for the purchase of trams was spent on salaries, and about 40% of the money received from sales was spent on maintaining an expensive e-ticket system, wrote the magazine Ir.

Approximately 3 million euros in both 2016 and 2017 were overpaid in an unfavorable tender for the supply of fuel. In 2015, RS agreed with RDZ Energy for five years. About half of the company’s turnover came from RS, but so far the true owners of the company were not known. At present nobody knows if the contract with RDZ Energy will be terminated.

Accurx raises £8.8M Series A for its messaging app for medical... 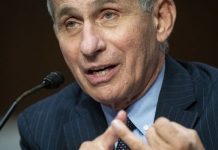 Coronavirus latest: Trump’s advisor warns ‘no end in sight’ regardless of...

Rietumu Bank staff reductions had taken place over the past year

Bank Citadele closed the accounts of a company operating in Latvia...