In Latvia, the largest military exercises after the restoration of independence “Nameis 2018” began on 20.08 and will last until 02.09.

As the commander of the National Armed Forces (NAF) of Latvia, Leonid Kalnins, said, the exercises would test the ability of the armed forces to defend Latvia against any kind of threat. “This is an opportunity to train not only the NAF, but also the defense capacity of Latvia as a whole, because the partners will take part in the exercises,” he said.

One of the scenarios envisages the elimination of spontaneous riots in Jekabpils and Valmiera.

As Kalnins previously stated, during the exercises, the experience of events in Ukraine will be taken into account, therefore, they include elements of a hybrid war, in particular, spontaneous riots in these two cities with the participation of armed people without insignia. Initially, the riots will be suppressed by the internal affairs structures, and then the armed forces will come to their aid. The role of opponents will be taken by the military allies of NATO.

The exercises will be held in all regions of Latvia – in Riga, Liepaja, Ventspils, Daugavpils, Jekabpils, Valmiera and other 36 regions. During military exercises, military equipment and infantry will move on the roads of common use, however, as Kalnins assured, armament outside the ranges and shooting ranges will not be used. The exercises will be attended by US helicopters stationed in Lielvarde, heavy and light motorized equipment, unmanned aerial vehicles.

Spain in fresh demand to SNATCH Gibraltar after Brexit ‘we won’t... 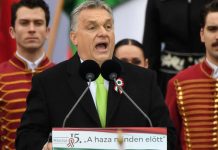 Hungary elections 2018: Fears over migration fuels Viktor Orban as he... 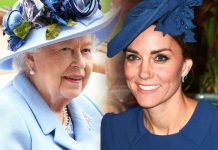 How Kate Middleton is championing diamonds on behalf of the Queen 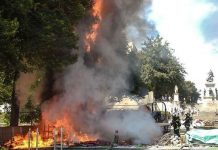 Latvian Ministry of Defense and the State Security Service plan...

It is the great risk that the Latvian language will not...