Looking for funding as a startup in Latin America is a lot like looking for a watering hole in the middle of the desert. You know it’s out there, but finding it in time is a life or death situation.

Granted, venture capital investment in the region is at an all-time high, with leading firms like Andreessen Horowitz, Sequoia Capital and Accel Partners having made inaugural investments in markets like Colombia, Brazil and Mexico, respectively. But, at the same time, while startup founders might be tantalized by the news of big investments happening around them, as many of them get closer to the funding stage themselves, they often realize it’s nothing but a mirage.

And this isn’t just a problem in Latin America. All over the world, startups are struggling to find investment, as VCs are investing more money in fewer deals in the endless search for the next unicorn. Due to a dwindling number of VC deals in both the United States and Europe, even entrepreneurs in established ecosystems are having to look further afield for the resources they need to build their businesses, bringing many of them to emerging markets like Latin America.

Fortunately, whether you’re a local or foreign founder in an emerging market, there is a way to quench your thirst for the international investment that you need to scale your company. Here’s what we recommend to the startups that are part of our UTEC Ventures accelerator program in Peru, and what we’d recommend to you, too.

Last year in Peru, for example, US$ 7.2 million of seed capital was invested in the country’s startups, with barely over US$ 1 million coming from international funds. This goes to show that international investors peeking into emerging markets are less active in seed rounds, and more interested in later-stage rounds once a company has better demonstrated its worth.

As such, we advise all startups to raise a first or second seed round locally in Peru, and then seek international investors. The same can go for other emerging markets, as well.

To raise these initial rounds, the most important thing is to show that you have a solid team, a business idea that works and has traction with clients chasing your product and that you’re better than any local competition. If you can demonstrate that you meet these requirements, finding local seed capital shouldn’t be too difficult; all you need is a good pitch deck and some patience when networking within local angel groups or at investor events.

Consider, for example, the Colombian courier service Rappi. It wasn’t until after the company expanded its operations to Mexico at the beginning of 2016 that it secured its first major international investment, led by Andreessen Horowitz. The company then went on to close a Series B round just one month later, in addition to a US$ 130 million venture round at the beginning of this year, led by a German food delivery service with participation from a number of U.S.-based investors.

The same idea goes for emerging markets outside of Latin America, too. In Eastern Europe, which lags behind its western counterpart in terms of VC funding, many entrepreneurs will either set up their businesses in Western European countries from the get-go, or expand there as soon as they’ve achieved product/market fit and demonstrated success in their home countries.

This is a clear demonstration of the broader fact that if you want to start raising money from more developed markets, you generally need to be based in those markets, or at least a market of comparable size. Accordingly, your primary focus when seeking international funding should be to first succeed locally, and then replicate that success in a more developed market — whether that be in the United States, Mexico, Western Europe or anywhere else.

While it’s easy to be distracted by the glitz and glamour of securing a round from international VCs, startups have a number of other options at their disposal to secure international funding.

Foreign governments in emerging markets are increasingly stepping up their game with programs designed to bolster their local startup ecosystems as an engine for economic growth. As such, a number of foreign governmental programs have emerged, offering support in the form of equity-free cash to entrepreneurs who decide to set up shop in a given country.

Corporate capital has taken on a very important role in many emerging markets like Latin America.

There are plenty of examples in Latin America alone. Start-Up Chile, for example, offers entrepreneurs up to US$ 80,000 to launch their businesses in Chile as a launch pad to reach the rest of the world; Parallel18 in Puerto Rico offers entrepreneurs up to US$ 75,000 to do the same thing; and the Peruvian government plans to announce a similar program to help startups soft launch in Peru with up to US$ 40,000 at the upcoming Peru Venture Capital Conference.

Startups have another option, as well. Corporate capital, or startup investment from major corporations, has taken on a very important role in many emerging markets like Latin America. In fact, Qualcomm Ventures, the investment arm of U.S.-based tech giant Qualcomm, is the most active global corporate investor in Latin America. Naspers, American Express Ventures and other corporate funds have taken an active interest in the region’s startups, as well.

Together, the growing support of foreign governments and interest from international corporations highlights the fact that securing international funding is in fact possible, and not as hard as you’d expect. Knowing that there are options besides getting an international VC on board, you should take the time to find out which alternatives are available in the markets to which you’re hoping to expand.

So, no matter whether you’re a local or foreign entrepreneur in an emerging market, there’s no reason to give up hope on finding international funding. The key is to think globally and use technology to solve real-world challenges. Then, demonstrate success at home first, and duplicate it later in a bigger market. Resources are available to help you when taking your first step abroad, and if you do it well, you’ll find that the investment wells aren’t dry after all.

The Ticket Fairy is tech’s best hope against Ticketmaster 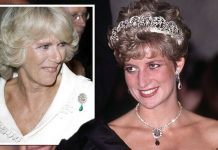 The rural communities ‘abandoned’ by the big banks 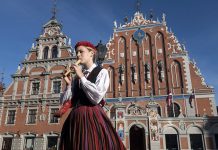 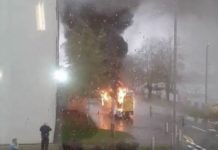