Mapillary, the Swedish startup that wants to take on Google and others in mapping the world by way of a crowdsourced database of street-level imagery, is taking an interesting step in the development of its platform. The company is now working with Amazon, and specifically its Rekognition API, to detect and read text in Mapillary’s database of 350 million images.

The first application resulting from the new feature will come from a large US city (that Mapillary will not name right now), which plans to use the information that will now be “readable” from parking signs to build a parking app.

“Parking is a super hot space and [parking information] is one of the most asked-for pieces of data that people want to use Mapillary for,” said Jan Erik Solem, CEO and co-founder of the Malmo, Sweden-based startup. He said that while parking will be the first application and one that he expects other cities to use as well, there will be other applications coming out from matching up text in Mapillary’s images, and subsequently being able to pinpoint exact latitude and longitude for specific locations. “We’re starting with parking signs in the US because parking is one of the biggest issues in towns today, but text recognition will apply to many different types of objects and images, such as building facades.”

While it might sound odd that a city might not have a grip on the state of its on-street parking, this is apparently the case: cities, Solem said, have general analogue maps indicating parking regulations, but many of them lack digitised versions, which means that when they want to build new services (and in particular services that help them raise revenues either from parking fees, or parking fines), or consider whether they need to build more parking, they lack the datasets to do either.

Mapillary cites research that says that parking problems collectively cost $ 73 billion in the US — presumably that includes not just the fines that people pay for overstaying, the gas they gobble looking for a spot, and so on; but perhaps even the lost revenues in areas where they overstay and no one knows.

Notably, Mapillary is referring to its use of the Rekognition API as a “collaboration” with Amazon, although when I asked about the wording, he was a little less willing to collaborate with me.

“I can’t comment on what Amazon is doing or why,” he said. “It would be nice to have that part of the announcement, but it ended up not working out this time.” It seems that the two have been working together for a while now, although that is all under NDA.

Amazon has been doing a lot in the world of mapping, however, both as a provider of data to third parties, and for its own services. For starters, the company is a logistics powerhouse, and part of the reason for that is because of its intelligent routing around areas to figure out how best to collect and deliver and distribute goods bought and sold on its marketplace.

But that is just one part of how mapping and location are used at Amazon. The company uses maps from Here, and had at one point been rumored to be one of the parties interested in buying the mapping firm. Meanwhile, it also has built (and acquired other mapping IP and talent in the process) a mapping API, similar to Google’s, for developers that want to build apps that use location services in any way for any Amazon device.

For now, that has mainly meant building apps for its Fire tablet and Amazon’s burgeoning range of Echo devices, but Amazon is also very focused on also having a role to play in other kinds of hardware, such as connected vehicles.

In January, Toyota announced that it would be working with Amazon to integrate Alexa into its cars, and separately, Amazon has also been racking up patents in the area of autonomous vehicles.

In other words, there is a clear opportunity for a company like Mapillary, providing a viable alternative to Google Maps in terms of street-level imagery, to work as a strong partner to Amazon in these services, specifically in indexing and providing information about what is around you, and how to route you most efficiently from A to B.

And as a side note, as with other artificial intelligence platforms, Rekognition is also learning from each time that it’s used in an application, so through its collaboration with Mapillary, it too is picking up more detailed data about street signs and what they say, and where they are used.

Mapillary itself is an interesting startup that I’ve long thought is one to watch. Solem is a computer vision specialist who sold his previous company, the facial recognition startup Polar Rose, to Apple; and his latest venture has raised $ 24.5 million so far from the likes of Sequoia, Atomico, Navinfo, BMW and Samsung — leading the way to building some interesting inroads with potential customers.

One of these happens to include Here, Amazon’s mapping provider. Others are under NDA. Together, they are now also feeding Mapillary images to contribute to its wider database, although Solem said about 80 percent of its content of 350 million images still comes from individuals, much like Waze. “Everyone either seems to have a need to solve some kind of problem, or a desire to fix maps around the world,” he said.

While text recognition and reading is one problem Mapillary is tackling today, the next will be helping people capture more images, more automatically. “The next iteration of our product will help people fill out coverage,” Solem said without elaborating more on the details. “We are building out tools to deploy capture tasking.” 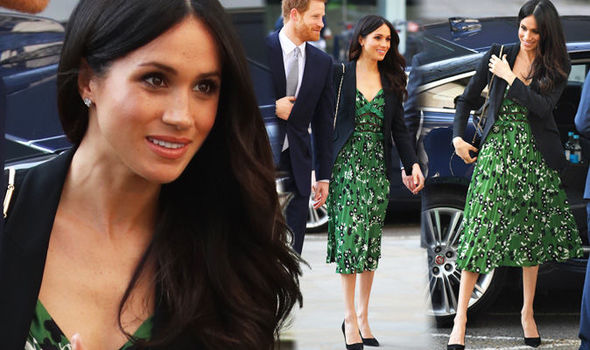 Facebook shouldn’t block you from finding friends on competitors