The Competition Council (CC) has allowed the company of agricultural services Baltic Agro to obtain a significant stake in the Tukuma straume, which produces animal feeds, including dog food under the brand Dogo.

According to the Competition Council, this transaction will not cause major changes in the market and will not affect competition. As reported earlier, at the beginning of this year, the Baltic Agro, which belongs to the Danish DAVA Agravis International Holding, entered into a deal to acquire a controlling stake in Tukuma straume. Tukuma straume was founded in 1991, its capital is 1.804 million euros. In 2017, the company’s turnover was 8.772 million euros, profit – 812,895 euros, according to the information of Firmas.lv. Baltic Agro in 2016 worked with a turnover of 140.291 million euros, and its profit amounted to 2.952 million euros. There are no data on the company’s activities in 2017.

Mark Hulbert: Why the 2020s could favor market-timers over buy-and-hold U.S. stock investors

The Tell: Legendary investor called this stock market a ‘Real McCoy’ bubble, and now Jeremy Grantham’s fund is trailing the S&P 500 by 14...

Outside the Box: Indexers blast these 3 corporate decisions but they actually can boost a company’s — and shareholders’ — results

VComply raises $2.5 million seed round led by Accel to simplify...

Brexit BOMBSHELL: Lords tell Theresa May her vision is ‘UNACCEPTABLE’ 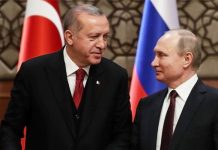 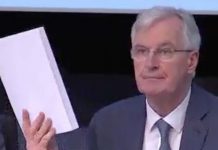 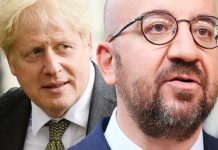 KNAB officers searched the mayor’s study in his home.