The elimination of the compulsory purchase component (CPC) of electricity can lead to an increase in heat tariffs. The Latvian Association of Heat Supply Companies predicts that in some cities tariffs will rise by 40%.

Currently, 17 cogeneration stations are receiving state support in the CPC, providing centralized heating in several cities in Latvia, including Daugavpils, Ogre, Jelgava, Jekabpils, Liepaja, Rezekne and Riga. If CPC is canceled already starting from March of this year, without a transitional period, the production of heat in these cities can significantly increase in price, and in some cases even be threatened with termination.

The expert in the field of energy Edgars Vigants believes that if it is decided to eliminate the CPC system in the spring of this year, some producers of electric and thermal energy may go bankrupt. According to him, large enterprises may be able to make some changes and cover current credit obligations, but small companies are likely to be unable to do so. This means that some localities that depend on these cogeneration plants may be left without heat at all, the expert stressed.

“Taking such cardinal decisions, one should remember that this support was introduced by the government itself, and the local governments used it to get cheaper thermal energy,” the expert noted.

Other representatives of the industry also believe that a transitional period is necessary during the liquidation of the oil refinery, at least three years, since the entrepreneurs would have time to restructure themselves.

For different companies receiving state support under the CPC system, in the event of its cancellation, the situation will be different, said Fortum Latvia representative Andris Vanags. He explained that some cogeneration stations received state support for 10 years, others – five, but there are also those that were put into operation just a year ago. If the state stops financial support of all stations at once, it turns out that someone, having worked longer, managed to recoup the investments, and those who started working relatively recently did not have time to return even a part of the investments. It is clear that older companies will have more room for maneuver, he added.

Sophie, Countess of Wessex rewears £2300 dress from Royal Wedding amid... 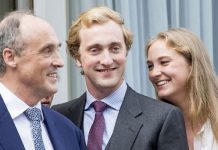 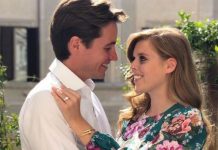 Princess Beatrice wedding tiara: Which tiara will Bea wear for her... 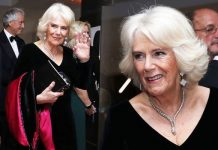 Future Queen Camilla wears diamond gifts from Charles worth over £33,000...

Residents of Latvia still do not understand that The Pentagon generals...

IKEA became the largest operator of private forest in Baltic...