According to an online survey conducted in 2018 by the sociological research agencies Motify and Norstat among 2009 residents of Latvia, mostly Latvans are not interested in events taking place in the country.

According to the lead researcher of the Motify Iluta Skruzkalne, 46% of Latvians are not at all interested in events in Latvia, another 36% are rather passive.

According to the survey, only 18% of Latvians participate in the life of the country, and even less – 8% – participate in events in their city or region.

The most passive people live in the Riga region, where 13% are interested in their own country, and only 4% of the respondents participate in the life of the self-government.

In addition, as it turned out, the life of Latvia is mainly interesting for older people – those who are over 60 years old. Among them, 23% were active. And among young people from 18 to 29 years old – there are only 14% of activists.

Nevertheless, 58% of respondents assured that they would definitely choose the next Saeimas. It is worth noting that the turnout in the elections to the Saeimas of the thirteenth convocation, held in October 2018, was 54.51%.

It is also interesting that 54% of the respondents most definitely link their future with Latvia. And 47% of respondents feel their affiliation to the country.

30% of respondents feel they are responsible for Latvia, 33% are ready to make additional efforts to make their state better and more successful.

Earlier it was reported that during the protracted negotiations on the formation of the government of Latvia, four out of ten Latvians – 44% – were in favor of re-election to the Saeima.  44% of respondents were against the idea. And 13% did not think about it.

‘Meghan Markle’s taken back control’ – What the Duchess of Sussex’s...

Hubilo raises $4.5 million, led by Lightspeed, to focus on virtual... 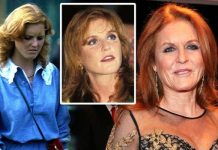 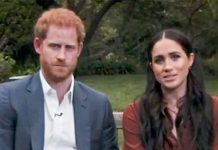 The Court of the Vidzeme suburb of Riga began considering the...

The OCTA Guarantee Fund has decreased to the historically smallest volume