China’s internet battle is rapidly reproducing itself in Southeast Asia. One new hotspot is the Philippines, where Tencent just agreed to invest in Voyager, a fintech business started by telecom firm PLDT.

The deal would bring Tencent into direct competition with arch-rival Alibaba, which entered the Philippines 18 months ago when its fintech affiliate Ant Financial invested in Mynt, a financial venture from Globe Telecom which is a competitor to Voyager.

Following a week of speculation, PLDT announced a deal today that sees Tencent and KKR pay up to $ 175 million for a minority stake in the Voyager business. There have been reports that PLDT is looking to sell its majority stake, for now that has been retained but the firm did say that it has options to add other investors via the creation of new shares that would reduce its total holdings to less than 50 percent. Still, it plans to retain its position as the largest shareholder whilst bringing in expertise and more capital for growth.

Fintech is rapidly becoming a key focus for startups and larger tech companies in Southeast Asia, where the internet and mobile phone ownership promises to increase digital inclusion and give the region’s collective population of more than 600 million people new ways to save and spend. Microloan startups have raised significant funds from investors this year — Philippines based SME lender First Circle just closed a $ 26 million investment this week, for example — and the bigger fish in the pond are eying key infrastructure plays such as mobile wallets and payment systems.

That’s where both Voyager and Mynt come into the picture.

Voyager offers a range of digital services which include a prepaid wallet, digital payment option for retails, a remittance network for sending money, a digital lending service and a loyalty and rewards program. Mynt is similar, offering payment, remittance and loans for consumers and businesses.

The Voyager deal is the biggest investment in a Philippines-based startup — though you can debate whether a telco spinout is really a “startup” — and it only goes to reiterate increased attention Southeast Asia is seeing from China, and how fintech is becoming one of the hottest verticals.

Alibaba and Tencent are carving up Southeast Asia’s startup ecosystem

Tencent and KKR teamed up together as investors of $ 5 billion-valued Go-Jek in Indonesia, which is the largest rival to SoftBank-backed ride-hailing startup Grab but also a fintech company itself. Go-Jek offers a mobile payment service which includes loans and remittance payments. Grab, valued at $ 11 billion, has rolled out competing products across multiple Southeast Asia markets. Indeed, it recently received an e-money license for GrabPay in the Philippines so it’s all set to join the party.

The Philippines is a particularly hot market for fintech for a number of reasons. The country’s large overseas worker base makes it the world’s third-largest remittance market — worth an estimated $ 28 billion — despite a sharp drop this year. While, as we wrote when covering First Circle’s news this week, SMEs account for 99.6 percent of the country’s business, 65 percent of its workforce and 35 percent of national GDP but there’s few credit options or limited data for assessment.

Fintech is seen as a key driver that enable Southeast Asia to massively increase its digital footprint and reap economic benefits. More broadly, the region’s internet economy to tipped to grow from $ 49.5 billion in 2017 to over $ 200 billion by 2025, according to a report from Google and Singapore sovereign fund Temasek. 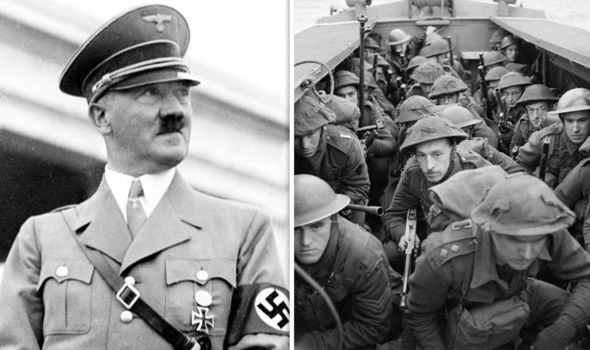 As remote work booms, Everphone grabs ~$40M for its ‘device as a service’ offer

Kate Middleton and Princess Diana: How royals made statement on their wedding days

Kate and William left humiliated at Royal Variety after jokes from co-host come under...