Open banking — a disruptive technology that seeks to bypass the dominance of card networks and other traditional financial rails by letting banks open their systems directly to developers (and new services) by way of APIs — continues to gain ground in the world of financial services. As a mark of that traction, a startup playing a central role in open banking applications is announcing a big round of funding with a milestone valuation.

TrueLayer, which provides technology for developers to enable a range of open-banking-based services has raised $ 130 million in a funding round that values the London-based startup at over $ 1 billion.

Tiger Global Management is leading the round, and notably, payments juggernaut Stripe is also participating.

Open Banking is a relatively new area in the world of fintech — the UK was an early adopter in 2018, Europe then signed on, and it looks like we are now seeing more movements that the U.S. may soon also join the party — and TrueLayer is considered a pioneer in the space.

The vast majority of transactions in the world today are still made using card rails or more antiquated banking infrastructure, but the opportunity with open banking is to build a completely new infrastructure that works more efficiently, and might come with less (or no) fees for those using it, with the perennial API promise: all by way of few lines of code.

“We had a vision that finance should be opened up, and we are actively woking to remove the frictions that exist between intermediaries,” said CEO Francesco Simoneschi, who co-founded the company with Luca Martinetti (who is now the CTO), in an interview. “We want a financial system that works for everyone, but that hasn’t been the case up to now. The opportunity emerged five years ago, when open banking came into law in the UK and then elsewhere, to go after the most impressive oligopoly: the card networks and everything that revolves around them. Now, we can easily say that open banking is becoming a viable alternative to that.”

It seems that the world of finance and commerce is slowly catching on, and so the funding is coming on the heels of some strong growth for the company.

And the startup says it now has “millions” of consumers making open banking transactions enabled by TrueLayer’s technology, and some 10,000 developers are building services based on open banking standards. TrueLayer so far this year has doubled its customer base, picking up some key customers like Cazoo to enable open-banking based payments for cars; and it has processed “billions” of dollars in payments, with payment volume growing 400%, and payment up 800%.

The plan is to use the funding to invest in building out that business further — specifically to extend its payments network to more regions (and more banks getting integrated into that network), as well as to bring on more customers using open banking services for more regular, recurring transactions.

“The shift to alternative payment methods is accelerating with the global growth of online commerce, and we believe TrueLayer will play a central role in making these payment methods more accessible,” said Alex Cook, partner, Tiger Global, in a statement. “We’re excited to partner with Francesco, Luca and the TrueLayer team as they help customers increase conversion and continue to grow the network.”

Notably, Stripe is not a strategic investor in TrueLayer at the moment, just a financial one. That is to say, it has yet to integrate open banking into its own payments infrastructure.

But you can imagine how it would be interested in it as part of the bigger mix of options for its customers, and potentially also to build its own standalone financial rails that well and truly compete with those provided by the card networks (which are such a close part of what Stripe does that its earliest web design was based on the physical card, and even its name is a reference to the stripe on the back of them.

There are other providers of open banking connectivity in the market today — Plaid out of the U.S. is one notable name — but Simoneschi believes that Stripe and TrueLayer on the same page as companies.

“We share a profound belief that progress comes through the eyes of developers so it’s about delivering the tools they need to use,” he he said. “We are in a very complementary space.” 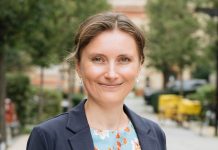 Xata is a database service for serverless apps 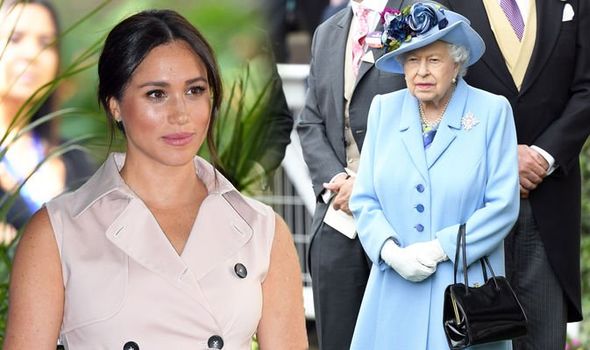 Why has Meghan Markle still not worn Queen’s jewellery like Kate? Is she banned?

Putin is rattled! Dream of ‘lightning war’ turning into ‘nightmare’ after ‘abrupt U-turn’

The rise of the crypto accelerators