Karat is a new startup promising to build better banking products for the creators who make a living on YouTube, Instagram, Twitch and other online platforms. Today it’s unveiling its first product — the Karat Black Card.

The startup, which was part of accelerator Y Combinator’s Winter 2020 batch, is also announcing that it has raised $ 4.6 million in seed funding from Twitch co-founder Kevin Lin, SignalFire, YC, CRV and Coatue.

Co-founder and co-CEO Eric Wei knows the creator world well, thanks to his time as product manager for Instagram Live. (His co-founder Will Kim was previously an investor with seed fund Lucky Capital.) Wei told me that although many creators have significant incomes, banks rarely understand their business or offer them good terms when they need capital.

“Traditional banks care a lot about FICO [credit scores],” he said. “A lot of YouTubers, when they’re blowing up, they don’t have time to think: Let me make sure my FICO is awesome as well.”

At the same time, he argued that creators have become suspicious of potentially scammy financial offers, to the point that if you were to attend a pre-COVID VidCon and tried to give out $ 3,000, “The good creators will not take it, even if you tell them there are no strings behind it.” 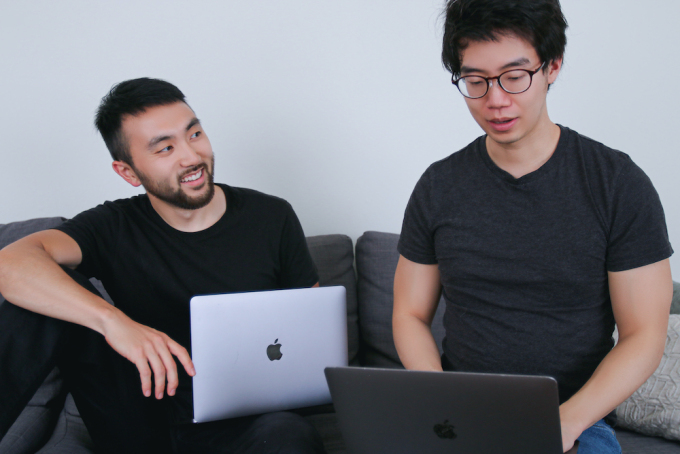 With the Karat Black Card, the startup is giving creators a credit card that they can use for their business-related expenses. When creators are approved, they receive a $ 250 bonus that can be applied to any future purchases of electronics or equipment. The card also comes with custom designs, 2% to 5% cash back on purchases and it even offers advances on sponsorship payments.

Underlying it, Wei said Karat has developed an underwriting model that works for creators. Instead of looking at credit scores, Karat focuses on the size of a creator’s following, their current revenue and whether or not they’re “business savvy.”

“It’s not just the number of followers you have, but what platforms,” Wei added. “I would rather have 100,000 subscribers on YouTube than 1 million on TikTok, because on TikTok, it’s all algorithmically driven.”

Karat has already provided the card to an initial group of creators, including TheRussianBadger, TierZoo and Nas Daily. Wei said the model is working so far, with no defaults.

For now, the card is aimed at professional, full-time creators who have at least 100,000 followers. Wei estimated that that’s a potential customer base of 1 million creators. Eventually, he wants to provide those creators with more than a black card.

“We’re building a vertical financial and biz ops experience,” he said. “People in earlier stages, we do want to get to them eventually, but only after we feel like we’ve developed enough of an underwriting model.”

Kate Middleton wears £50,000 earrings given to Diana as ‘sending off’ gift before wedding

Vista acquires Gainsight for $1.1B, adding to its growing enterprise arsenal

COVID-19 fails to stop the march of the unicorns