Scape Technologies, the London-based computer vision startup working on location accuracy beyond the capabilities of GPS, has been acquired by Facebook, according to a regulatory filing.

Full terms of the deal remain as yet unknown, although a Companies House update reveals that Facebook Inc. now has majority control of the company (more than 75%). However by looking at other filings, including a recent share issue, I understand the price could be about $ 40 million.

Further filings show that Scape’s previous venture capital representatives have resigned from the Scape board and are replaced by two Facebook executives.

Scape’s backers included Entrepreneur First (EF) — the startup is an alumni of the company builder program — along with LocalGlobe, Mosaic Ventures, and Fly Ventures.

Noteworthy is that EF and Fly Ventures have both already had a joint exit to Facebook of sorts, when Bloomsbury AI was acqui-hired by the social networking behemoth (a story that I also broke).

Founded in 2017, Scape Technologies was developing a “Visual Positioning Service” based on computer vision which lets developers build apps that require location accuracy far beyond the capabilities of GPS alone.

The technology initially targeted augmented reality apps, but also had the potential to be used to power applications in mobility, logistics and robotics. More broadly, Scape wanted to enable any machine equipped with a camera to understand its surroundings.

Scape CEO and co-founder Edward Miller previously described Scape’s “Vision Engine” as a large-scale mapping pipeline that creates 3D maps from ordinary images and video. Camera devices can then query the Vision Engine using the startup’s “Visual Positioning Service” API to determine their exact location with far greater precision than GPS can ever provide. The Visual Positioning Service was made available to select developers via Scape’s SDK.

Meanwhile the acquisition by Facebook, no matter what form it takes, looks like a good fit given the U.S. company’s investment in next generation platforms, including VR and AR. It is also another — perhaps, worrying — example of U.S. tech companies hoovering up U.K. machine learning and AI talent early.

Update: A Facebook spokesperson provided the following statement: “We acquire smaller tech companies from time to time. We don’t always discuss our plans.” 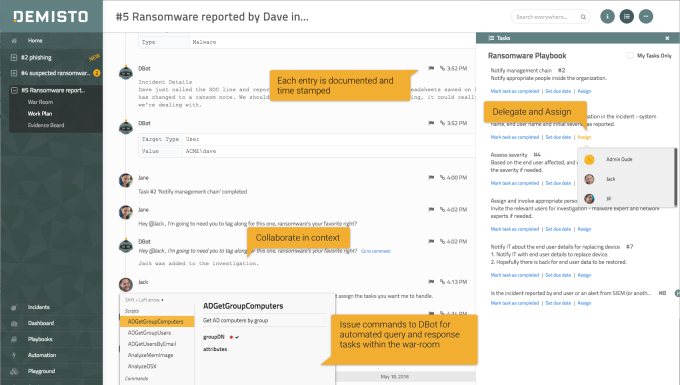 Meghan Markle reveals secret TRICK behind her sensational figure – and YOU can do...

cargo.one gets $18.6M to take its air freight booking platform over the pond

Conductor execs buy their company back from WeWork