Xiaomi’s much-speculated IPO process has kicked off officially after the Chinese smartphone giant filed to go public on the Hong Kong Stock Exchange.

The first draft of its filing does not include proposed financial details of its listing, but the South China Morning Post reports that the eight-year-old company is shooting to raise $ 10 billion at a valuation of $ 100 billion. Beyond the year’s largest IPO — and the world’s largest raise since Alibaba in New York in 2014 — the listing could make Xiaomi China’s third largest technology company based on market cap.

Xiaomi operates differently to most companies in that it sells smartphones and smart devices at waiver thin margins, relying on services and efficient use of components to pull in profit. Beyond phones, it operates its own retail business and internet services such as payments and streaming. That strategy — which CEO Lei Jun calls a “triathlon” — is focused on services for growth since Xiaomi has capped its maximum net profit for hardware at five percent.

Xiaomi said in its filing that it has over 190 million people using its MIUI version of Android — that’s a good insight into how many of its devices are in the market — while it has sold over 100 million connected devices, which include smartwatches, fitness bands, smart scales and more. The company claims its users are active on their phones for 4.5 hours per day, and that there are 1.4 million customers who own five or more connected devices.

The company is ranked fourth based on global smartphone shipments, according to analyst firm IDC, and it is one of the few OEMs to buck slowing sales in China.

The company’s financials are impressive.

Xiaomi posted a 43.9 billion RMB ($ 6.9 billion) loss in 2017 on account of issuing preferred shares to investors (54 billion RMB) but the growth story is healthy. Operating profit jumped to 12.2 billion RMB ($ 1.92 billion), up more than three-fold on the previous year. 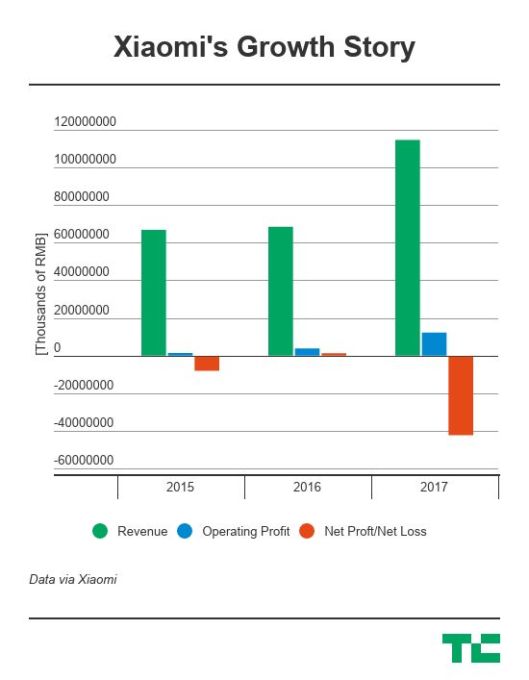 Smartphones continue to represent the bulk of sales at 70 percent, with smart devices pulling in 20 percent more and services responsible for the remainder.

China is, as you’d expect, the primary revenue market but Xiaomi is increasingly less dependent on its homeland. For 2017 sales, China represented 72 percent, but it had been 94 percent and 87 percent, respectively, in 2015 and 2016. India is Xiaomi’s most successful overseas venture, having built the business to the number one smartphone firm based on market share, and Xiaomi is pledging to double down on other global areas.

Interestingly there’s no mention of expanding phone sales to the U.S., but Xiaomi has pledged to put 30 percent of its IPO towards growing its presence in Southeast Asia, Europe, Russia “other regions.” Currently, it said it sells products in 74 countries, that does include the U.S. where Xiaomi sells accessories and non-phone items.

Another 30 percent is earmarked for R&D and product development, while a further 30 percent will be invested in Xiaomi’s internet of things and smart product ecosystem. The remaining 10 percent is down for working capital.

Xiaomi isn’t disclosing the exact percentage stakes that its major investors hold, but CEO Lei Jun is believed to be one of the most significant shareholders. The IPO could make him China’s richest man, according to reports which suggest he controls a stake of over 75 percent. 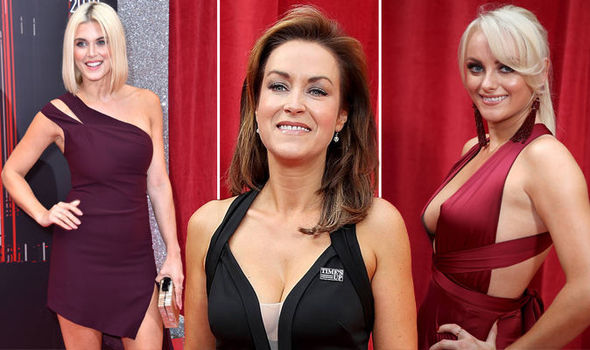 Boris Johnson’s emotional tribute to NHS in first words from hospital ‘I owe you...

Ribbon wants to make it easier for product teams to interview...