​Tamatem, the leading mobile games publisher in the Arabic speaking market, has raised $ 3.5 million in additional funding — essentially an extension of the startup’s earlier Series A.

The round was led by existing investor ​Wamda Capital, with participation from Modern Electronics Company (a subsidiary of AlFaisaliah Group) and North Base Media.

Tamatem says the purpose of this round is two-fold: to “double down” on its efforts in the MENA region, and to expand to other underserved markets worldwide. This will mean investing further in marketing for existing titles, including through offline events, which I’m told is an important part of the region’s marketing landscape. In addition, the company will open an office in Riyadh and launch multiple new titles in 2020.

Tamatem says it will expand internationally beyond its current regional boundaries, with plans to publish titles in other emerging and underserved markets. That’s something CEO Hussam Hammo believes isn’t always the norm for Middle East-based startups that often feel their market potential is limited to the MENA region.

“I love seeing startups expand beyond those boundaries, and I am proud that the team at Tamatem is now looking beyond just the Arabic speaking market,” he says. “I believe this latest round of funding will allow us to deliver on our vision of becoming the top mobile games publisher for every underserved emerging market in the world”.

Founded in Jordan, a country that has both Iraq and Syria as neighbours, Hammo says the country’s economy has been a bright spot in the region, in part through technology companies’ ability to cross “virtual borders.”

“Tamatem [has] led this digital economic expansion for the country and has shown that, despite tough regional conditions, commerce and high tech startups can thrive,” he tells me.

He says that Jordan has also been more welcoming to refugees than almost any other country, taking in over one million Syrian refugees (“pretty good for a population of just ten million”). However, despite Jordan making claims it has the biggest concentration of entrepreneurs in the Arab market, external venture capital investment is flowing towards the UAE and Saudi Arabia.

“Tamatem is focusing hard on creating high skilled jobs in the country and also has a plan specifically to employ more young Jordanians and refugees by giving workshops and training to over 150 university graduates in 2020,” adds Hammo. “It’s important to me that we give back to the people that need it the most. These are hard working people that have been stripped of all their freedoms while being largely neglected by a lot of Western economies, so I’m proud that we are employing a lot of them in high skilled, stable and exciting jobs”. 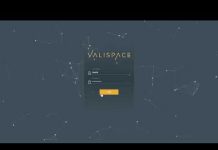 Valispace raises $2.4M to become the ‘Github for hardware’, joins fight against COVID-19 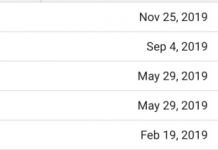 Nordic challenger bank Lunar adds €20M to its Series B

GuestReady, a service for Airbnb hosts to manage their property, raises $3M

ABLV Bank officially responded to the charges of FinCEN