Singapore’s Instarem, a fintech startup that helps banks and consumers send money overseas at lower cost, has closed a $ 41 million Series C financing round to go after global expansion opportunities.

The four-year-old company announced a first close of $ 20 million last November, and it has now doubled that tally (and a little extra) thanks to an additional capital injection led by Vertex Ventures’ global growth fund and South Korea’ Atinum Investment. Crypto company Ripple, which has partnered with Instarem for its xRapid product, also took part in the round, Instarem CEO Prajit Nanu confirmed to TechCrunch, although he declined to reveal the precise amount invested. More broadly, the round means that Instarem has now raised $ 59.5 million from investors to date.

The company specializes in moving money between countries in Asia in a similar way to TransferWise although, unlike TransferWise, its focus is on banks as customers rather than purely consumers. Today, it covers 50 countries and it has offices in Singapore, Mumbai, Lithuania, London and Seattle.

Instarem said it plans to spend the money on expansion into Latin America, where it will open a regional office, and double down on Asia by going after money licenses in countries like Japan and Indonesia. The company is also on the cusp of adding prepaid debit card capabilities, which will allow it to issue cards to consumers in 25 countries and more widely offer the option to its banking customers. That’s thanks to a deal with Visa .

Further down the line, the company continues to focus on an exit via IPO in 2021. That’s been a consistent talking point for Nanu, who has been fairly outspoken on his desire to take the company public. That’s included shunning acquisition offers. As TechCrunch revealed last year, Instarem declined a buyout offer from one of Southeast Asia’s tech unicorns. Commenting on the offer, Nanu said it simply “wasn’t the right timing for us.” 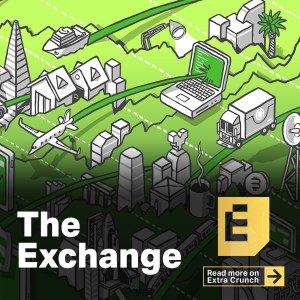 Maybe neobanks will break even after all

Brigitte Macron stuns in recycled dress and killer heels – why is her arm in a sling?

Writer Tobias Stone talks about the history of the future

Lightmatter’s photonic AI ambitions light up an $80M B round

Snap is under NDA with UK Home Office discussing how to...