The London fintech industry is pretty close-knit, full of strong personalities and, at times, fiercely competitive. Within this context it is quite common for employees — and sometimes even founders — to swap sides. The latest such move sees André Mohamed, previously CTO and a co-founder of Freetrade, join rival Revolut as its new Head of Wealth & Trading Product.

Freetrade launched its “zero-fee” trading app in October last year, four months after Revolut announced its intention to add commission-free trading to its banking app, in a bid to compete with Silicon Valley’s Robinhood. That feature has yet to see the light of day, although I’m told it is still on track to launch this quarter. That makes the hiring of Mohamed from Freetrade all the more noteworthy. He joined Revolut in November.

The circumstances that saw Mohamed depart Freetrade remain unclear. According to my sources, his contract was terminated last year and the two parties settled, with Freetrade accepting no liability. Companies House records show that the former CTO resigned as a director of Freetrade on 7 September 2018. According to one person familiar with Mohamed’s side of the story, the former CTO had a difference in philosophy to that of Freetrade co-founder and CEO Adam Dodds. Founder disputes are not uncommon, after all (and I should know!).

Freetrade declined to comment on the specific reasons for Mohamed’s departure, but did provide TechCrunch with the following statement:

“In the first half of last year, it became clear to us we were not shipping the Freetrade product fast enough. We decided to bring in new technical leadership. Ian Fuller joined us as our new VP Engineering in July. Coming from Snap, and Amazon before that, he arrived with deep experience in shipping and scaling mobile products to millions of users. Under his leadership, we’ve finally launched our app and have been working on a new investment platform, which we are excited about rolling out in the coming months.”

Meanwhile, Mohamed’s background suggests he is a good fit for Revolut’s soon-to-launch trading product, and not just based on inside experience as a co-founder of Freetrade (it’s curious that Mohamed doesn’t appear to have signed a non-compete clause). He has a Computer Science degree from UCL, coupled with 20 years industry experience where he has worked at a number of leading fintech startups, SMEs, tier 1 investment banks and capital markets technology consultancies. He is also a former colleague of Revolut co-founder and CTO Vlad Yatsenko, from their time at Lab49.

“It’s a company that you don’t come across very often, so I jumped at the opportunity,” says Mohamed in a statement. “Revolut has a huge customer base and global ambitions, at a completely different scale to any company I’ve worked at before. It’s extremely exciting to be part of a fast-growing scale-up that is growing rapidly and getting worldwide recognition. The products we are building are truly disruptive, and we can’t wait for the trading products to join the roster of other fantastic money-saving financial products on offer at Revolut.”

As head of Wealth & Trading Product, Mohamed is said to be focused on delivering Revolut’s commission-free trading platform as well as a complementary robo-advisor offering.

If you have tips regarding London’s fintech scene, get in touch confidentially by emailing me at steveohear@techcrunch.com 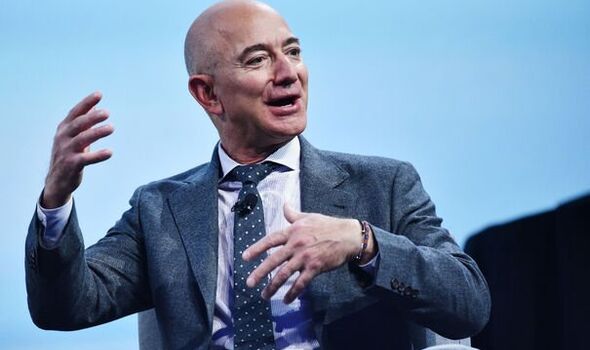 Coronavirus latest: Trump’s advisor warns ‘no end in sight’ regardless of vaccine

‘Poster girl’ Kate playing it safe is ‘exactly what a family in flux needs...

Boris tells Macron to calm down over sub threats ‘We don’t have to be...

Furniture startups skip the showroom and go straight to your door

China’s new Nasdaq-style board for tech shares starts trading with 25...