Cazoo is picking up significant capital today by teaming up with a SPAC in the U.S. at a $ 7 billion valuation, but another big used-car play is consolidating operations. TechCrunch has learned and confirmed that Berlin-based Frontier Car Group, which builds used-car marketplaces with a focus on emerging markets, is shutting down its operations in the city. The move will see 100 jobs transferred from Berlin to India, the company said.

Its majority owner OLX Group, a division of Prosus (the tech holdings of Naspers that is now listed as a separate entity), said that it wants to refocus on more local operations in Latin America and Asia under its OLX Autos brand, into which it will fold in the remaining FCG operations. OLX Autos’ CEO Gautam Thakar, who was appointed in February, is based out of Gurgaon, India.

The company currently has operations in Argentina, Chile, Colombia, Ecuador, India, Indonesia, Mexico, and Peru. OLX Autos independently also had three other brands: CarFirst brand in Pakistan, Cars45 in Nigeria, and webuyanycar.com in the US.

OLX took a controlling stake in Frontier as a result of an investment of about $ 400 million in late 2019, valuing Frontier at around $ 700 million at the time. There was no official announcement of the move, but we saw the news in passing on Twitter, and a Prosus spokesperson confirmed the details to TechCrunch in a statement.

“OLX Group can confirm the closure of the FCG Germany GmbH entity based in Berlin over the coming months,” said the spokesperson. “This entity represents a subset of the OLX Group workforce in Berlin – other OLX Group employees in Berlin were not impacted by this entity closure, and those operations are ongoing. This decision to close FCG Germany GmbH was not taken lightly. The decision reflects the evolution of the OLX Autos strategy to focus more strongly on the LatAm and Asia markets. In order to have our development teams closer to our customers, we will shift core product development operations to India, a key market for OLX Autos. OLX Group is committed to taking care of our people in such a difficult situation and has offered a financial runway beyond what is compulsory, to allow time and flexibility to find new roles. Effected employees are being encouraged to apply for open roles within our other entities.”

About 100 people are being impacted by the news — jobs that were based in Berlin that are being relocated to India. No other operations were active in other markets in Europe. If you navigate to FCG’s site, it automatically redirects to OLX.

Although it was founded and headquartered in Berlin, Frontier Car Group had always focused on emerging markets and taking the used-car marketplace model to those countries.

Inspired by Cazoo rival Auto1 — another Berlin-based used-car marketplace that went public via a listing in Germany in February and is now valued at $ 12.6 billion (likely an encouraging comparison for Cazoo investors) — Frontier founders Sujay Tyle, Peter Lindholm and André Kussmann thought they could take that model to less developed markets for a bigger opportunity.

“I fell in love with the Auto1 model,” Tyle told TechCrunch back in 2018. “I could see how it could be applied to emerging markets. Emerging markets represent nascency.” Tyle himself is a whizz-kid who hails from the U.S. and was in his early 20s when he co-founded Frontier. He left it in August 2020 and now lives in Mexico City, building a new e-commerce investor there called Merama.

Frontier, in part because of the success of Auto1 (which took hundreds of millions of dollars in investment from the likes of Sequoia, SoftBank and others), became a part of the guard of exciting new tech startups building businesses out of Berlin.

That focus on emerging markets linked up Naspers’ global expansion strategy, and so OLX, a classifieds operation that had an interest in automotive marketplaces, became a strategic investor in Frontier, first with a smaller stake, and eventually taking majority ownership and control of the operation.

It’s not clear why OLX decided to wind down the Frontier brand and to double down OLX Autos but notably, over the last year it looks like OLX was restructuring in other markets, including with the layoff of 250 people in its operations in India after shutting down marketplaces focused on real estate and used goods.

While some companies like Cazoo have apparently seen a strong surge of business in the wake of the Covid-19 pandemic, the health crisis has hit a number of economies, economic sectors and specific companies harder than others, leading to tightening costs. Overall, we’ve seen big slumps in new car sales in different markets around the world.

A Prosus spokesperson said that both OLX and OLX Autos were impacted at the start of Covid-19 but have since recovered. Prosus has remained profitable in what has been a turbulent year, but some have pointed out that those profits have declined. (It will next update its financials in June.)

Updated to make clear that OLX is folding FCG’s remaining operations into its OLX Autos business, not shutting it down altogether. 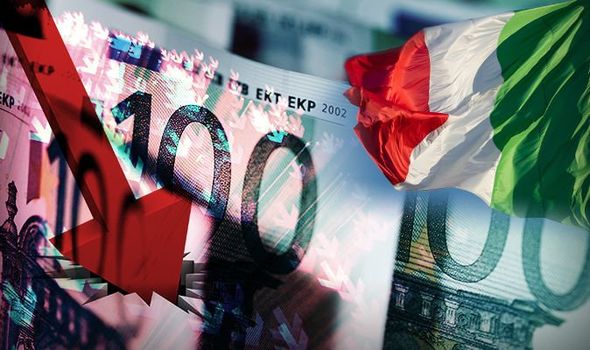 EU WARNING: Brussels has forced Italy into DEAD END – It will NEVER be able to repay debts

Princess Diana: Why did Diana always carry handbags in THIS way? The touching reason