Ocado, the U.K. online grocer that has been making strides reselling its technology to other grocery companies to help them build and run their own online ordering and delivery operations, is making an investment today into what it believes will be the next chapter of how that business will grow: it is taking a £10 million ($ 13.8 million) stake in Oxbotica, a U.K. startup that develops autonomous driving systems.

Ocado is treating this as a strategic investment to develop AI-powered, self-driving systems that will work across its operations, from vehicles within and around its packing warehouses through to the last-mile vehicles that deliver grocery orders to people’s homes. It says it expects the first products to come out of this deal — most likely in closed environments like warehouses rather the less structured prospect of open streets — to be online in two years.

“We are not constraining ourselves to work in any one use case,” said Alex Harvey, chief of advanced technology at Ocado, in an interview. But to roll out autonomous systems everywhere, he added, “we realize there are areas where we will need regulatory compliance,” among other factors. The deal is nonexclusive, and both can work with other partners if they choose, the companies confirmed.

The investment is coming as an extension to Oxbotica’s Series B that it announced in January, bringing the total size of the round — which was led by bp ventures, the investing arm of oil and gas giant bp, and also included BGF, safety equipment maker Halma, pension fund HostPlus, IP Group, Tencent, Venture Science and funds advised by Doxa Partners — to over $ 60 million. Oxbotica has not disclosed valuation but Paul Newman, co-founder and CTO of Oxbotica, confirmed in an interview that the valuation went up with this latest investment.

Walmart helps push Cruise’s latest investment round to $ 2.75B

The timing of the news is very interesting. It comes just one day (less than 24 hours in fact) after Walmart in the U.S. took a stake in Cruise, another autonomous tech company, as part of recent $ 2.75 billion monster round.

Walmart, until February, owned one of Ocado’s big competitors in the U.K., ASDA; and Ocado has made its first forays into the U.S., by way of its deal to power Kroger’s online grocery business, which went live this week, too. So it seems that competition between these two is heating up on the food front.

More generally, there has been a huge surge in the world of online grocery order and delivery services in the last year. Earlier movers like online-only Ocado, Tesco in the U.K. (which owns both physical stores and online networks) and Instacart in the U.S. have seen record demand, but they have also been joined by a lot of competition from well-capitalized newer entrants also keen to seize that opportunity, and bringing different approaches (next-hour delivery, smaller baskets, specific products) to do so.

In Ocado’s home patch of Europe, other big names looking to extend outside of their home turf include Oda (formerly Kolonial); Rohlik out of the Czech Republic (which in March bagged $ 230 million in funding); Everli out of Italy (formerly called Supermercato24, it raised $ 100 million); Picnic out of the Netherlands (which has yet to announce any recent funding but it feels like it’s only a matter of time, given it too has publicly laid out international ambitions). Even Ocado has raised huge amounts of money to pursue its own international ambitions. And that’s before you consider the nearly dozens of next-hour, smaller grocery delivery plays.

A lot of these companies will have had a big year last year, not least because of the pandemic and how it drove many people to stay at home, and stay away from places where they might catch and spread the COVID-19 virus.

But now, the big question will be how that market will look in the future as people go back to “normal” life.

As we pointed out earlier this week, Ocado has already laid out how demand is lower, although still higher than pre-pandemic times. And indeed, the new-new normal (if we can call it that) may well see the competitive landscape tighten some more.

That could also be one reason why companies like Ocado are putting more money into working on what might be the next generation of services: one more efficient and run purely (or at least mostly) on technology.

The rationale of forking out big for autonomous tech, which is still largely untested and very, very expensive technology, to save money is a long-term play. Logistics today accounts for some 10% of the total cost of a grocery delivery operation. But that figure goes up when there is peak demand or anything that disrupts regularly scheduled services.

My guess is also that with all of the subsidized services that are flying about right now, where you see free deliveries or discounts on groceries to encourage new business — a result of the market getting so competitive — those logistics have bled into being an even bigger cost.

So it’s no surprise to see the biggest players in this space looking at ways that it might leverage advances in technology to cut those costs and speed up how those operations work, even if it’s just a promise of discounts in years, not weeks. Of course, investors might see it otherwise if that doesn’t go to plan.

In addition to this collaboration with Oxbotica, Ocado said it will be looking to make more investments and/or partnerships as it grows and develops its autonomous vehicle capabilities. While this is the company’s first investment into Oxbotica, it has made a number of investments into other startups, and collaborated to work on the next stage of technology. This has included research to build a robotic arm — robotic pickers is something it will be introducing soon — as well as the recent acquisition of two robotics companies, Kindred and Haddington, for $ 262 million; and investments in robotics startups Karakuri and Myrmex; and more.

Notably, Oxbotica and Ocado are not strangers. They started to work together on a delivery pilot back in 2017. You can see a video of how that delivery service looks here:

“This is an excellent opportunity for Oxbotica and Ocado to strengthen our partnership, sharing our vision for the future of autonomy,” said Newman, in a statement. “By combining both companies’ cutting-edge knowledge and resources, we hope to bring our Universal Autonomy vision to life and continue to solve some of the world’s most complex autonomy challenges.”

But as with all self-driving technology — incredibly complex and full of regulatory and safety hurdles — we are still fairly far from full commercial systems that actually remove people from the equation completely.

Norway’s Kolonial rebrands as Oda, bags $ 265M on a $ 900M valuation to grow its online grocery delivery business in Europe

“For both regulatory and complexity reasons, Ocado expects that the development of vehicles that operate in low-speed urban areas or in restricted access areas, such as inside its CFC buildings or within its CFC yards, may become a reality sooner than fully-autonomous deliveries to consumers’ homes,” Ocado notes in its statement on the deal. “However, all aspects of autonomous vehicle development will be within the scope of this collaboration. Ocado expects to see the first prototypes of some early use cases for autonomous vehicles within two years.”

Newman noted that while on-street self-driving might still be some years away, it’s less of a moonshot concept today than it used to be, and that Oxbotica is on the road to it already. “You can get to the moon in stages,” he said.

Updated with interviews with both companies, and to correct that Walmart closed its deal to sell ASDA in February.

Who’s building the grocery store of the future? 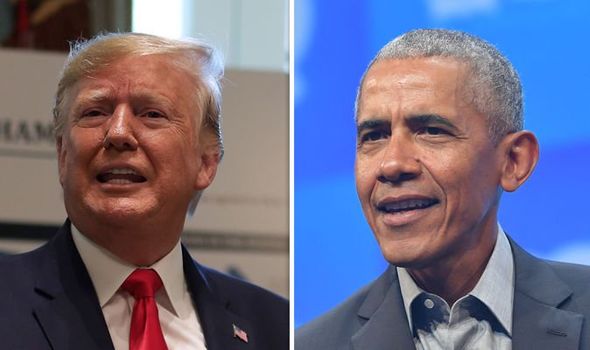 IPOs are back, but for how long?

Ambitious new media firm ByteDance is no longer a secret outside...