Layoffs in the technology and venture-backed worlds continued today, as 23andMe confirmed to CNBC that it laid off around 100 people, or about 14% of its formerly 700-person staff. The cuts would be notable by themselves, but given how many other reductions have recently been announced, they indicate that a rolling round of belt-tightening amongst well-funded private companies continues. (TechCrunch confirmed the numbers with the company.)

Mozilla, for example, cut 70 staffers earlier this year. As TechCrunch’s Frederic Lardinois reported earlier in January, the company’s revenue-generating products were taking longer to reach market than expected. And with less revenue coming in than expected, its human footprint had to be reduced.

23andMe and Mozilla are not alone, however. Playful Studios cut staff just this week, 2019 itself saw more than 300% more tech layoffs than in the preceding year and TechCrunch has covered a litany of layoffs at Vision Fund-backed companies over the past few months, including:

Scooter unicorns Lime and Bird have also reduced staff this year. The for-profit drive is firing on all cylinders in the wake of the failed WeWork IPO attempt. WeWork was an outlier in terms of how bad its financial results were, but the fear it introduced to the market appears pretty damn mainstream by this point. (Forsake hope, alle ye whoe require a Series H.)

The money at risk, let alone the human cost, is high. Zume has raised more than $ 400 million. 23andMe has raised an even sharper $ 786.1 million. Rappi? How about $ 1.4 billion. And Oyo? $ 3.2 billion so far. Every company that loses money eventually dies. And every company that always makes money lives forever. It seems that lots of companies want to jump over the fence, make some money and rebuild investor confidence in their shares.

It’s just too bad that the rank-and-file are taking the brunt of the correction. 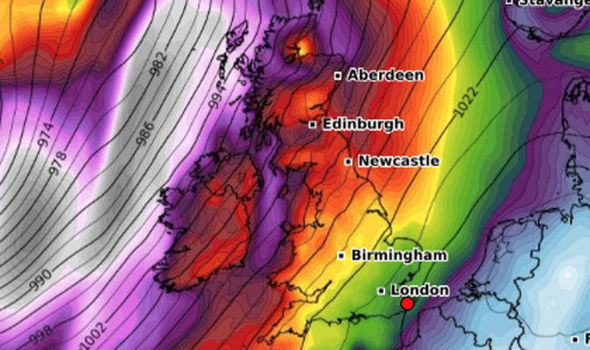 Storm Caroline to unleash SNOWBOMB on UK: Britain to be hit by FOOT of...

The food revolution may have just needed a cup of Blue...