Kaltura, a software company focused on providing video technology to other concerns, has filed to go public.

The Kaltura S-1 filing only partially surprised. TechCrunch previously covered the company as part of our ongoing $ 100 million ARR series focusing on private companies that have reached material scale. (TechCrunch has also covered its product life to a moderate degree.)

The company’s IPO documentation details a business that did more than merely accelerate its growth in 2020, and more specifically, during the COVID-19 era. Seeing a company that powers video tooling do well when much of the world has transitioned to remote work and education is not a bolt from the blue. What is notable, however, is that the company’s revenue growth has accelerated yearly since at least 2018 and its final quarter of 2020 placed the company at a new growth rate maximum.

Public investors, hungry for growth, may find such a progression compelling.

Kaltura also has an interesting profitability profile: As its GAAP net losses scaled in the last year, its adjusted profitability improved. Depending on your stance regarding adjusted metrics, Kaltura’s bottom line will either irk or delight you.

This afternoon, let’s rip into the company’s S-1 and yank out what we need to know. It is IPO season, with SPACs galore and other private companies taking more traditional routes to the public markets, including Coupang announcing a price range for its traditional debut today and Coinbase’s impending direct listing.

For now we’ll focus on Kaltura. Let’s get into it.

When TechCrunch last covered Kaltura’s financial results, we noted that the company founded in 2006 had raised just north of $ 166 million, crossed the $ 100 million ARR mark, and was, per its own reporting, “profitable on an EBITDA.” Kaltura also told TechCrunch that it had margins in the 60% range and was growing at around 25% year over year. That was just over a year ago.

Do those figures hold up? In the Q1 2020 period Kaltura recorded $ 25.9 million in revenue, software margins of around 78% and blended gross margins of 59.8%. And the company had grown 16.6% from the year-ago quarter. In Kaltura’s defense, the company’s growth accelerated to 24% in the year, so its self-reported numbers were mostly fair. Better than, I think, most numbers we get from private companies. 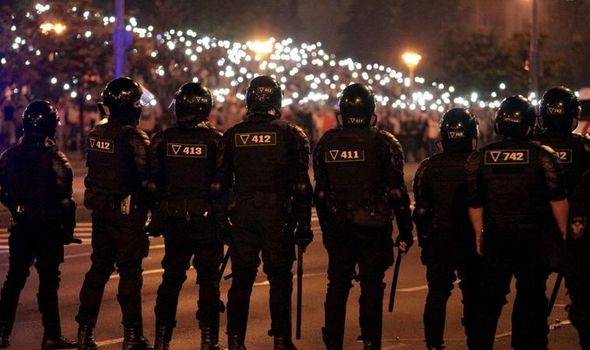 Latvian government approved the official position on the British exit from the European Union.

‘Wait and see’ Seething Brexiteer hints at SECRET PLOT to oust May after Brexit...

Facebook moves to shrink its legal liabilities under GDPR

Rebuilding employee philanthropy from the bottom up