When this editor first met Jeremy Conrad, it was in 2014, at the 8,000-square-foot former fish factory that was home to Lemnos, a hardware-focused venture firm that Conrad had co-founded three years earlier.

Conrad — who as a mechanical engineering undergrad at MIT worked on self-driving cars, drones and satellites — was still excited about investing in hardware startups, having just closed a small new fund even while hardware was very unfashionable (and remains challenging). One investment his team made around that time was in Airware, a company that made subscription-based software for drones and attracted meaningful buzz and $ 118 million in venture funding before shutting down in 2018.

By then, Conrad had already moved on — though not from his love of hardware. He instead decided in late 2017 that a nascent team that was camping out at Lemnos was onto a big idea relating to the future of construction. Conrad didn’t have a background in real estate or, at the time, a burning passion for the industry. But the “more I learned about it — not dissimilar to when I started Lemnos — it felt like there was a gap in the market, an opportunity that people were missing,” says Conrad from his home in San Francisco, where he has hunkered down throughout the COVID-19 crisis.

What it’s selling to real estate developers, project managers and construction supervisors is really two things, which is safety and information.

Here’s how it works: Using off-the-shelf hardware components that are reassembled in San Francisco and hardened (meaning secured to reduce vulnerabilities), the company incorporates its machine-learning software into this camera-based platform, then mounts the system onto cranes at construction sites. From there, the system streams 4K live feeds of what’s happening on the ground, while also making sense of the action.

Say dozens of concrete-pouring trucks are expected on a construction site. The cameras, with their persistent view, can convey through a dashboard system whether and when the trucks have arrived and how many, says Conrad. It can determine how many people on are on a job site, and whether other deliveries have been made, even if not with a high degree of specificity.

“We can’t say [to project managers] that 1,000 screws were delivered, but we can let them know whether the boxes they were expecting were delivered and where they were left,” he explains.

It’s an especially appealing proposition in the age of coronavirus, as the technology can help convey information that’s happening at a site that’s been shut down, or even how closely employees are gathered.

Conrad says the technology also saves on time by providing information to those who might not otherwise be able to access it. Think of the developer on the 50th floor of the skyscraper that he or she is building, or even the crane operator who is perhaps moving a two-ton object and has to rely on someone on the ground to deliver directions but can enjoy far more visibility with the aid of a multi-camera set-up.

Quartz, which today operates in California but is embarking on a nationwide rollout, was largely inspired by what Conrad was seeing in the world of self-driving. From sensors to self-perception systems, he knew the technologies would be even easier to deploy at construction sites, and he believed it could make them safer, too. Indeed, like cars, construction sites are highly dangerous. According to the Occupational Safety and Health Administration, of the worker fatalities in private industry in 2018, more than 20% were in construction.

Conrad also saw an opportunity to take on established companies like Trimble, a 42-year-old, publicly traded, Sunnyvale, Calif.-based company that sells a portfolio of tools to the construction industry and charges top dollar for them. Quartz is meanwhile charging $ 2,000 per month per crane for its series of cameras, their installation, a live stream and “lookback” data, though this may well rise as its adds features.

It’s a big enough opportunity that, perhaps unsurprisingly, Quartz is not alone in chasing it. Last summer, for example, Versatile, an Israeli-based startup with offices in San Francisco and New York City, raised $ 5.5 million in seed funding from Germany’s Robert Bosch Venture Capital and several other investors for a very similar platform, though it uses sensors mounted under the hook of a crane to provide information about what’s happening below. Construction Dive, a media property that’s dedicated to the industry, highlights many other, similar and competitive startups in the space, too.

Still, Quartz has Conrad, who isn’t just any founding CEO. Not only does he have that background in engineering, but having launched a venture firm and spent years as an investor may also serve him well. He thinks a lot about the payback period on its hardware, for example.

Unlike a lot of founders, he even says he loves the fundraising process. “I get the highest-quality feedback from some of the smartest people I know, which really helps focus your vision,” says Conrad, who says that Quartz, which operates in California today, is now embarking on a nationwide rollout.

“When you talk with great VCs, they ask great questions. For me, it’s the best free consulting you can get.” 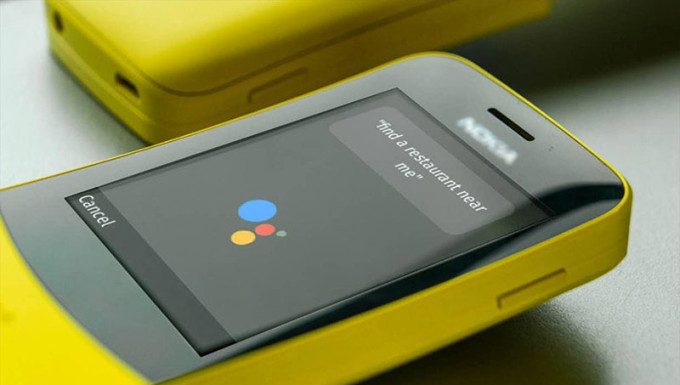 SiriusXM to acquire Pandora for $3.5 billion