India’s Oyo said on Monday it has acquired Copenhagen-based data science firm Danamica as the fast-growing lodging startup works to expand its business in Europe.

Neither of the parties disclosed financial terms of the deal, but a source familiar with the matter told TechCrunch that Oyo paid about $ 10 million to acquire the Danish firm.

Danamica, which was founded in 2016, has built machine learning tools and “business intelligence capabilities” to specialize in dynamic pricing of rental properties. The firm’s algorithm analyzes 144,000 data points every hour and makes 60 million price changes every day with a prediction accuracy of 97% to help hotels boost their revenue, Oyo said. The Indian startup said Danamica would help it scale its technical expertise as it expands its footprint in overseas markets.

Oyo, which is the largest hotel chain in India, is rapidly expanding in other countries. It has already established presence in 80 countries, the six-year old startup said. About half of its 1 million rooms are in China, where it launched last year.

Today’s announcement comes weeks after Oyo said it planned to invest €300 million in its vacation rental business in Europe, and $ 300 million toward U.S. expansion over the coming years. In May this year, Oyo bought Amsterdam-based holiday rental company Leisure from Axel Springer for $ 415 million.

In a prepared statement, Maninder Gulati, Global Head of OYO Vacation and Urban Homes and Chief Strategy Officer of OYO Hotels & Homes, said, “We are delighted to announce our acquisition of Danamica, a Europe based, machine learning and business intelligence company specialized in dynamic pricing, that will help us be more accurate with pricing, leading to higher efficiencies and yield for our real estate owners and value for money for our millions of global guests, both everyday travellers and city dwellers, that choose an OYO Vacation Homes as their abode.”

In July this year, Oyo entered co-working spaces market with the launch of Oyo Workspaces. At a media conference in New Delhi, startup executives said they aim to make Oyo Workspaces the largest business in its category in Asia by end of next year. To immediately capture some market share, Oyo said it had acquired Indian co-working spaces startup Innov8. Sources told TechCrunch then that Oyo had paid about $ 30 million to acquire Innov8.

In the same month, 25-year-old Ritesh Agarwal (pictured above), founder of SoftBank-backed Oyo, invested $ 2 billion to triple his stake in the company as early investors Lightspeed and Sequoia partly cashed out. The deal pushed Oyo’s valuation to $ 10 billion.

The iron rule of founder compensation is dead 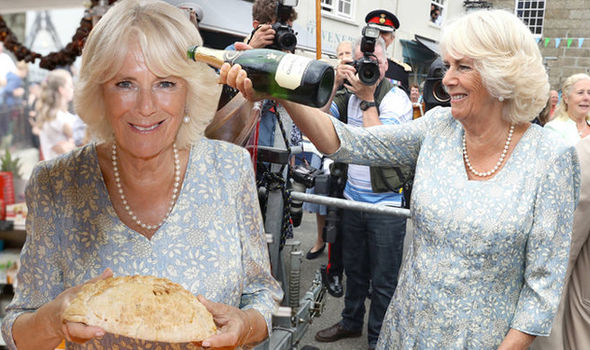 Camilla, Duchess of Cornwall plays with giant pasties and pops champagne in Cornwall

Natalist founder Halle Tecco wants to get you pregnant

Dharma hopes to solve health data collection for NGOs of the...