The ongoing trend of consolidation in the world of ridesharing continues apace, with the latest development coming out of Europe. BlaBlaCar, the French carpooling platform, is acquiring Less, a young carpooling platform based in Paris and focusing only on urban rides, paying drivers on a per-kilometer rate to incentivize them.

The financial terms are not being disclosed but BlaBlaCar is picking up all of the company’s assets — it mentions skills and IP in app creation and distribution, big data analytics and in-car embedded systems — and employees (around 20 in all).

Less was less than mature. Co-founded by the founder of adtech firm Criteo, Jean-Baptiste Rudelle, it had launched a beta of its service only five months ago, in December 2017 (and it was founded about 18 months ago altogether).

Two salient facts of the ride-sharing industry are that it’s generally a very capital-intensive business — market leader Uber has raised $ 21 billion, for context — and it is built on economies of scale, and those two forces have been leading to a lot of movement, with the bigger fish snapping up the more promising of the smaller fish, and many more startups going belly up. Less threw in the towel so quickly, in part, because it didn’t see itself able to hit the right growth targets to survive.

“Less is conscious of the challenges of creating a scalable marketplace in the mobility space, and anticipating consolidation within the market, the team wanted to combine its forces with an established industry player”, said Rudelle, the CEO of Less, in a statement to TechCrunch.

BlaBlaCar has made seven other acquisitions in its own efforts to position itself as a Big Fish, including its closest competitor, Carpooling.

Less is not disclosing how many users it had, but BlaBlaCar itself now has around 60 million users in 22 countries.

BlaBlaCar has raised about $ 335 million in funding to date from investors that include Accel and Insight Venture Partners; and it was last valued at $ 1.6 billion when it raised $ 200 million back in 2015 (when it had only 20 million users). Less had raised $ 19 million from investors that included Index Ventures (who had also been one of Criteo’s early and consistent backers).

What the acquisition of Less will do potentially is help BlaBlaCar build out its short-distance urban mobility play. The bigger company got its start originally by focusing on long-distance rides, although last year it expanded into city rides with BlaBlaLines.

BlaBlaLines has been building out its service with riders paying drivers directly, in cash, while Less’s model is based on a per-kilometer fee — currently €0.10/km — in the city of Paris, the only place Less had launched. It’s reasonable to expect that one outcome of this deal will be BlaBlaLines taking on a similar pricing model.

“We are delighted to welcome an innovative and talented team that is just as passionate about carpooling as we are,” said Nicolas Brusson, co-founder and CEO of BlaBlaCar, in a statement. “Today’s acquisition takes place at a period of real innovation at BlaBlaCar, following the roll-out of BlaBlaLines across France, and the development of a new algorithm that increases the granularity of our long-distance service.” 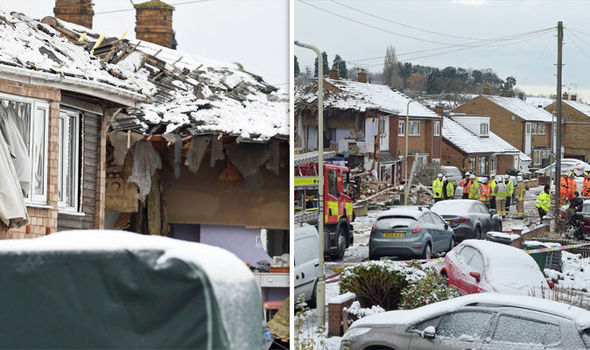 BREAKING: Major explosion sees multiple injured in blast ‘like a bomb’ near Leicester

Chip, the chatbot savings app, raises over £1M in crowdfunding with...

Perlego raises $9M Series A for its textbook subscription service