Zoom acquires some encryption expertise, Uber makes a big investment in scooters and we review the new 13-inch Macbook Pro.

Keybase, whose encryption products include secure file sharing and collaboration tools, should give Zoom some security credibility as it goes through pandemic demand growing pains. A number of Zoom security issues have come to light in the last couple of months as demand has soared and exposed security weaknesses in the platform.

Under the terms of the deal, Keybase will become a subsidiary of Zoom and co-founder and Max Krohn will lead the Zoom security engineering team, reporting directly to Yuan to help build the security product.

As part of the deal (which was reported earlier this week but is now official), Lime is also acquiring Uber’s micro-mobility subsidiary Jump. There will be more integrations between Uber and Jump in the future, but both apps will remain active for now.

With this week’s news, the 13-inch becomes the third and final member of the MacBook family to get the new keyboard. It’s not “Magic” as the name implies (Apple really does love the M-word), but Brian Heater says improvements are immediate and vast.

The company says it has sold 21 million Switch units in the past year, handily beating a 19.5 million forecast. 6.2 million of those systems were the newer, cheaper Switch Lite, which hit the market in September. All of this comes as Nintendo has run up against shortages through a combination of increased popularity and a a global supply chain knocked off balance from COVID-19.

5. How will digital media survive the ad crash?

Bustle Digital Group’s Jason Wagenheim told us that he’s anticipating a 35% decline in ad revenue for this quarter. And where he’d once hoped BDG would reach $ 120 or $ 125 million in ad revenue this year, he’s now trying to figure out “what does our company look like at $ 75 or $ 90 million?” (Extra Crunch membership required.)

Apple has awarded $ 10 million from its Advanced Manufacturing Fund to COPAN Diagnostics, a company focused on producing sample collection kits for testing COVID-19 to hospitals in the U.S. The money comes from the fund that Apple established to support the development and growth of U.S.-based manufacturing — to date, the fund has been used to support companies tied more directly to Apple’s own supply chain.

Sonos has introduced a trio of new hardware today, adding three new smart speakers to its lineup, including the Sonos Arc soundbar that includes Dolby Atmos support, as well as Sonos Five, the next version of its Sonos Play:5 speaker, and a third-generation Sonos Sub.

The Daily Crunch is TechCrunch’s roundup of our biggest and most important stories. If you’d like to get this delivered to your inbox every day at around 9am Pacific, you can subscribe here. 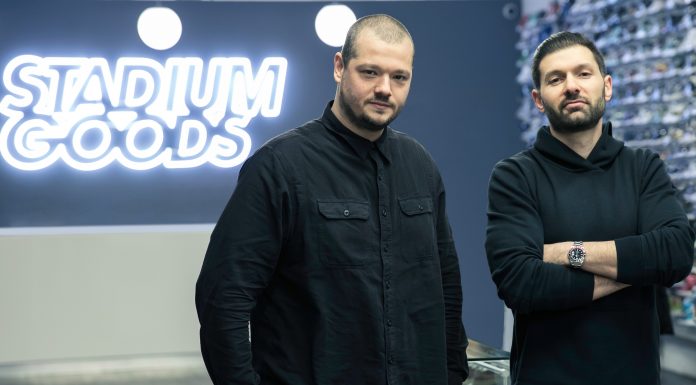 Persimmon shareholders tell boss: give up chunk of bonus or step down