Barcelona-based TravelPerk has scooped up US-based rival NexTravel as the pandemic drives consolidation in one of the sector’s hardest hit by COVID-19.

It’s not disclosing how much it’s shelling out for NexTravel, which has some 700 customers globally and has processed around 300,000 trips since being founded back in 2013, but says the deal is its largest acquisition to date — with the aim of beefing up its business in the US. (Also today it’s announcing a partnership with Southwest Airlines that plugs a key gap in its US offering.)

The US has always been a top five market for TravelPerk, per CEO and co-founder, Avi Meir, but after the NexTravel acquisition it becomes its largest market.

“US customers, US know-how, [US-based] team,” he said, listing the drivers for the acquisition. “They’ve built an amazing product. It’s a Y Combinator company who started 2-3 years before us and they focused only or mostly on the US market so they have an expertise that is very complementary to what we’re doing.”

Meir confirmed NexTravel’s founders and team are joining TravelPerk as part of the deal. Existing customers include the likes of Yelp, Stripe and Harry’s.

“They’re a great company. I really think we have great execution and we got into the crisis with a much better cash position and COVID-19 is creating opportunities that didn’t exist before,” he added. “We had friendly competition and just the context of the situation was we were in a better position to acquire them vs them acquiring us.”

The plan is to migrate users of the US product onto TravelPerk’s platform over time but Meir said the NexTravel team will continue to support the product for the foreseeable future while it works on understanding and plugging any functionality gaps with the aim of ensuring a smooth, eventual transition for NexTravel customers in the future.

The acquisition is only TravelPerk’s second after it picked up risk management startup Albatross last summer — underlining how the coronavirus crisis is retooling priorities for businesses in the travel sector.

Or at least those that have enough funding to see them through the revenue crunch. And Meir confirmed TravelPerk has its eye on more acquisition targets.

“We are in the process of talking with a few more [potential acquisitions],” he said, adding: “In a moment of crisis consolidation typically happens so I think it’s fair to expect more of this.”

While a couple of years ahead of TravelPerk in starting up a business travel booking business, NexTravel has raised considerably less over its run — pulling in circa $ 4.5M in funding, according to Crunchbase.

The younger Spain-based startup, meanwhile, grew faster and has raised orders of magnitude more (~$ 134M to date) — including a $ 60M top-up to its Series C in 2019 when it was reporting 2,000 customers globally.

“We just happen to be in Europe,” Meir told TechCrunch, discussing how his European startup is in a position to buy a US rival (when the reverse is all too often the case in tech) — and pointing to knowledge of how to localize as a key advantage. “We were never targeting the Spanish market exclusively or not even the European market.

“To win in business travel, one of the paradoxes is you have to build a very localized product… So we never saw ourselves as a European business we just recognize that we have to really localize deeply in order to be successful anywhere. But we have to do it across the world. So this acquisition is just another step in localizing for the US.”

“[The acquisition] will obviously drive a lot of product development, of commercial investments, of partnerships,” he added. “In a way we’re doing it knowing that it will force us to do more of the US — so it’s kind of a self-fulfilling prophesy — but it’s a $ 300BN business travel market so we should better make some moves around it.”

With the pandemic continuing to ravage much of the globe — including both the US and Europe — there’s likely to be considerably fewer billions of dollars on business travel value up for grabbed for a sizeable chunk of 2021. And Meir confirmed that TravelPerk isn’t expecting to see a revival in the market before the second half of this year.

Nonetheless, he remains bullish that once vaccinations are rolled out to the most vulnerable groups in society business travellers will be on the move once again — predicting that Zoom fatigue and the boom in remote working will rekindle demand for face-to-face human contact.

“My best guess right now is everything converges to around the second half of this year — around May-June maybe — where seasonality should hopefully hit. Meaning we’ll see the same decline in hospitalizations and deaths as we saw last year. That’s my hope,” he predicted. “On top of that we have the vaccines… Within the next 4-5 months there is reason to expect that we’ll see [vaccine rollouts] accelerating and then everything converges. We just need the at risk population to be safe for the world to be open again.”

“It doesn’t mean we’ll be completely done with corona but it won’t be as deadly as it is now so we’ll be able to open up more and remove restrictions and see travel coming back again,” he added.

Zoom earnings, remote work and a terrible but possibly bright moment for startups

Pressed on whether businesses might not have adjusted to a new, ‘more digital’ normal after 1.5 years of living with COVID-19 — having come to rely on a suite of videoconferencing and virtual meeting tools — Meir quashes the idea of a smaller business travel market replacing the pre-pandemic industry, predicting a “roaring ’20s” revival for business travel instead, fuelled by “Zoom fatigue” and networking FOMO once social distancing restrictions can be lifted.

“If you still own any Zoom shares you should sell them!” he quipped, speaking via Zoom call (obviously). “This is going down from now. Everybody is tired of this. The Zoom fatigue is real. It creates a lot of mental health concerns, social isolation… Maslow’s Pyramid of Needs is still here, and it’s even stronger than ever, I think, because we realize how bad it is when we don’t meet people in real life. When everything has to be through this weird, proxy to human connection. The virus doesn’t change human nature. We still need to meet each other face to face.”

“The first sales person who’s going to lose a sale because the competition went and took the customer to dinner and they wanted to do it via Zoom, they’re on a plane the next day. So competition will solve it — even if we put aside human nature,” he added. “I think we all recognize even more how much we need human connection.”

So even if some some “transactional meetings” do move permanently to Zoom, as Meir conceded “maybe” happens, he said they’re not the primary driver for the bulk of business travel anyway.

Furthermore, the pandemic will create new demand for business travel because of the boom in remote working creating ongoing need for distributed colleagues to travel to meet each other face to face, with Meir arguing that more flexible working is certainly here to stay.

“My team, like many other teams, used to be all in Barcelona in the same building — and now we allow them to work from anywhere in the world. Because why not? Many companies will stick to that I think,” he said. “We have recognized that people like it, the employees like it and it’s cheaper, because you don’t have to have as much office real estate — and people are more productive and they’re happier and they have a better balance between their personal and work life.

While TravelPerk was fortunate enough to go into the pandemic well-capitalized, having topped up its Series C in 2019, investor interest in travel startups undoubtedly went on holiday for a considerable chunk of last year. But, again, Meir suggests, an uptick on that front.

“We don’t need to raise any time soon — we have enough cash. The expectation is for the business to go back to growing year on year sometime in Q3, Q4 of this year,” he told us. “Having said that, what’s interesting — and I don’t know if I’m the only one — is we went from [being a fast-growing company] and you get a lot of inbound from investors and then COVID-19 hit and my inbox was empty for a while.

“It was pretty sad, pretty pathetic. And then the last few weeks — since the beginning of the school year — September/October, my inbox is not empty anymore. So there is some movement in the market. There’s a lot of money looking for a home — for good investments. And I think even in an industry which is suffering obviously, the good companies can raise at good terms right now. So I’m not looking to raise but I’m always open to the opportunity.” 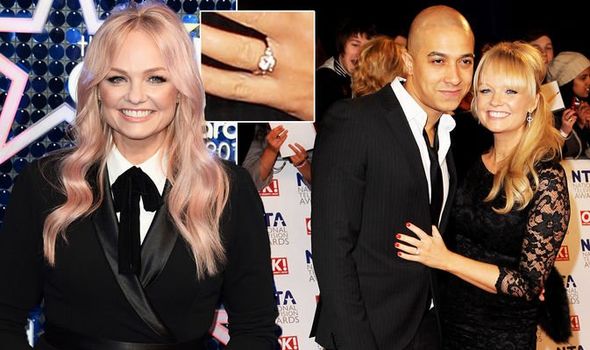 Emma Bunton engagement ring: How much is her stunning diamond jewel worth?

Pimcore closes $3.5M for its open-source data platform to expand in the US

BREAKING: Donald Trump ‘to run for US President in 2020’

Camilla was not a ‘clothes horse’ like Diana but both used the same style...