Here in the final few working days of 2020, a surprising number of new unicorns have come to light. The mad scramble that investors are seeing in seed-stage startups appears to be reflected across the later stages as well.

That deal-making is still alive is not a surprise, but the cadence at which the market is crowning new unicorns is slightly startling, given the time of year. I’ve given up expecting a slowdown in venture capital, but I did anticipate some deceleration in huge rounds and resulting unicorn valuations this close to Christmas.

This morning after contrasting a PitchBook-derived $ 500 million, post-money valuation for Bolt’s Series C that its CEO had said was roughly doubled in its Series C1, TechCrunch discovered that the online checkout software company likely landed a new valuation right around the unicorn mark. Bolt’s PR team declined to share a new valuation or grade our math, saying that its framing was “fine.”

One new unicorn — or near-unicorn, perhaps — was not enough for the day. The Information broke news this afternoon that Ironclad, which sells contract management software, put together a round worth “at least $ 100 million,” valuing the company at “more than $ 950 million.” Akin to Bolt, this unicorn-or-just-under valuation is also a doubling or better from its last private round.

In fact, two new unicorns were insufficient: a third company also made the mark today, namely Qualia, which trumpeted the valuation achievement in a release. Qualia builds real estate software.

Three unicorns in one day is busy. To see three come to light on December 21st is a little bonkers.

And they are hardly the only startups we’ve seen sprout horns and race about on four legs in recent days. There’s Boom, Zenoti and BigID also in the last week or so. That’s at least six new unicorns since roughly the mid-point of December. Wild!

Let’s talk about the rounds and see what we can learn from them.

Starting with Bolt, there are a few lessons for us to take away. First: not every company that secures a unicorn (or a near-unicorn valuation) wants to make noise about it. We’ve known this, but the company’s currently coy attitude underscores the point. Second from Bolt is that inside investors are more than willing to crown unicorns in their own portfolio.

According to CEO Ryan Breslow, after his company raised its Series C, the round’s lead investor offered the company another term sheet. But WestCap was not its only lead. General Atlantic came in as well, giving the $ 75 million investment two leads. Bolt had already decided to call its new round a Series C1 before General Atlantic entered the deal, the addition of which brought $ 15 million to what was previously a $ 60 million investment.

Bolt’s round fits neatly into a number of trends that we’ve been watching: inside rounds being bullish not bearish in 2020, the fastest-growing companies raising two rounds this year and the incredible focus by venture investors into startups that were not merely surviving COVID-19, but benefiting from how it shook up the market.

Turning to Ironclad, around $ 100 million at around a $ 950 million valuation is about as basic as a unicorn round can get. And because it has been more than a year since its last round, you might think that there is not that much to learn in its case. 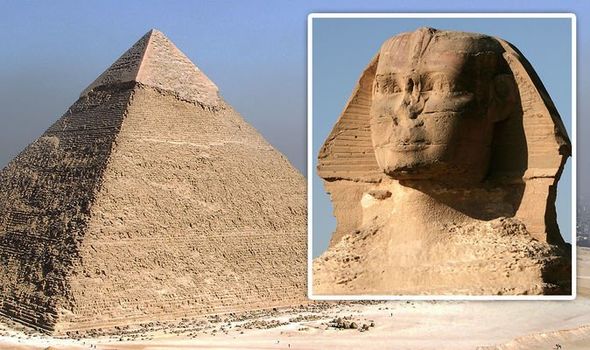 ‘Oh my God, something’s in there!’ Major Great Pyramid discovery exposed by archaeologist

‘Callous and cruel’: Deaths of 45 babies at East Kent NHS Trust could have been prevented

The Dow and S&P near three-year lows, Nasdaq falls as well, and treasuries are...