Ant Financial, the financial services affiliate connected to Alibaba which operates the Alipay mobile payment service, has confirmed that it has closed a Series C funding round that totals an enormous $ 14 billion.

The rumors have been flying about this huge financing deal for the past month or so, with multiple publications reporting that Ant — which has been strongly linked with an IPO — was in the market to raise at least $ 9 billion at a valuation of upwards of $ 100 billion. That turned out to be just the tip of the iceberg here.

Ant said that the money will go towards extending its global expansion (and deepening its presence in non-China markets it has already entered), developing technology and hiring.

“We are pleased to welcome these investors as partners, who share our vision and mission, to embark on our journey to further promote inclusive finance globally and bring equal opportunities to the world. We are proud of, and inspired by, the transformation we have affected in the lives of ordinary people and small businesses over the past 14 years,” Ant Financial CEO and executive chairman Eric Jing said in a statement.

Alibaba itself doesn’t invest in Ant, which it span off shortly before its mega-IPO in the U.S. in 2014, but the company did recently take up an option to own 33 percent of Ant’s shares.

Ant has long been tipped to go public. Back in 2016 when it raised a then blockbuster $ 4.5 billion — little did we know it would pull in many multiples more — the company has been reportedly considering a public listing, but it instead opted to raise new capital at a valuation of $ 60 billion.

It looks like the same again, but with higher stakes. This new Series C round pushes that valuation up to $ 100 billion, according to Bloomberg. (Ant didn’t comment on its valuation.) So what has Ant done over the past two years to justify that jump?

It has long been a key fintech company in China, where it claims to serve offer 500 million consumers and offers Alipay, digital banking and investment services, but it has begun to replicate that business overseas in recent years. In particular, it has made investments and set up joint-ventures and new businesses in a slew of Asian countries that include India, Thailand, Korea, Indonesia, Hong Kong, Malaysia, the Philippines, Pakistan and Bangladesh.

The company was, however, unsuccessful in its effort to buy MoneyGram after the U.S. government blocked the $ 1.2 billion deal.

On the business-side, Ant is said to have posted a $ 1.4 billion profit over the last year, suggesting it is more than ready to make the leap to being a public firm.

Despite that U.S. deal setback, Ant said today that its global footprint extends to 870 million consumers. I’d take that with a pinch of salt at this point since its business outside of China is in its early stages, but there seems little doubt that it is on the road to replicating its scale in its homeland in many parts of Asia. Raising this huge round only solidifies those plans by providing the kind of capital infusion that tops most of the world’s IPOs in one fell swoop. 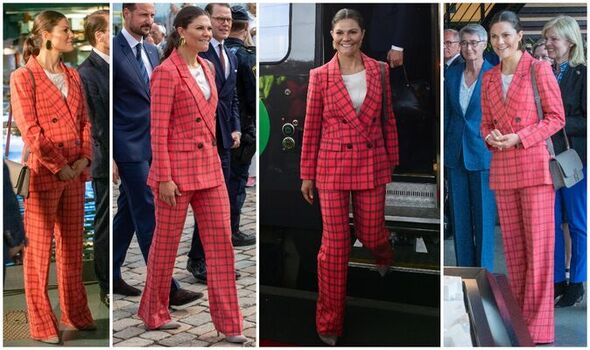 BREXIT PLOT: MPs plan to SNEAK withdrawal agreement through to save May’s deal

Macron’s hand on Theresa May’s back is a signal of DOMINANCE, body language expert...

VMware acquires VeloCloud as it moves deeper into networking