Hello and welcome back to Startups Weekly, a weekend newsletter that dives into the week’s noteworthy startups and venture capital news. Before I jump into today’s topic, let’s catch up a bit. Last week, I noted some challenges plaguing mental health tech startups. Before that, I wrote about Zoom and Superhuman’s PR disasters.

Remember, you can send me tips, suggestions and feedback to kate.clark@techcrunch.com or on Twitter @KateClarkTweets. If you don’t subscribe to Startups Weekly yet, you can do that here.

Anyway, onto the subject on everyone’s mind this week: SoftBank’s second Vision Fund.

Well into the evening on Thursday, SoftBank announced a target of $ 108 billion for the Vision Fund 2. Yes, you read that correctly, $ 108 billion. SoftBank indeed plans to raise even more capital for its sophomore vehicle than it did for the record-breaking debut vision fund of $ 98 billion, which was majority-backed by the government funds of Saudi Arabia and Abu Dhabi, as well as Apple, Foxconn and several other limited partners.

Its upcoming fund, to which SoftBank itself has committed $ 38 billion, has attracted investment from the National Investment Corporation of National Bank of Kazakhstan, Apple, Foxconn, Goldman Sachs, Microsoft and more. Microsoft, a new LP for SoftBank, reportedly hopped on board with the Japanese telecom giant as part of a grand scheme to convince the massive fund’s portfolio companies to transition to Microsoft Azure, the company’s cloud platform that competes with Amazon Web Services . Here’s more on that and some analysis from TechCrunch editor Jonathan Shieber.

News of the second Vision Fund comes as somewhat of a surprise. We’d heard SoftBank was having some trouble landing commitments for the effort. Why? Well, because SoftBank’s investments have included a wide-range of upstarts, including some uncertain bets. Brandless, a company into which SoftBank injected a lot of money, has struggled in recent months, for example. Wag is said to be going downhill fast. And WeWork, backed with billions from SoftBank, still has a lot to prove.

Here’s everything else we know about The Vision Fund 2:

On to other news… 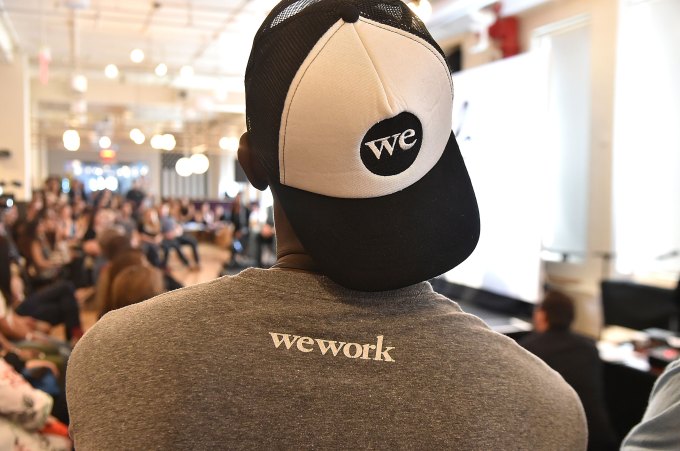 WeWork is planning a September listing

The company made headlines again this week after word slipped it was accelerating its IPO plans and targeting a September listing. We don’t know much about its IPO plans yet as we are still waiting on the co-working business to unveil its S-1 filing. Whether WeWork can match or exceed its current private market valuation of $ 47 billion is unlikely. I expect it will pull an Uber and struggle, for quite some time, to earn a market cap larger than what VCs imagined it was worth months earlier.

Robinhood had a wild week

The consumer financial app made headlines twice this week. The first time because it raised a whopping $ 323 million at a $ 7.6 billion valuation. That is a whole lot of money for a business that just raised a similarly sized monster round one year ago. In fact, it left us wondering, why the hell is Robinhood worth $ 7.6 billion? Then, in a major security faux pas, the company revealed it has been storing user passwords in plaintext. So, go change your Robinhood password and don’t trust any business to value your security. Sigh.

Another day, another huge fintech round

While we’re on the subject on fintech, TechCrunch editor Danny Crichton noted this week the rise of mega-rounds in the fintech space. This week, it was personalized banking app MoneyLion, which raised $ 100 million at a near unicorn valuation. Last week, it was N26, which raised another $ 170 million on top of its $ 300 million round earlier this year. Brex raised another $ 100 million last month on top of its $ 125 million Series C from late last year. Meanwhile, companies like payments platform Stripe, savings and investment platform Raisin, traveler lender Uplift, mortgage backers Blend and Better and savings depositor Acorns have also raised massive new rounds this year. Naturally, VC investment in fintech is poised to reach record levels this year, according to PitchBook.

Arianna Huffington, the CEO of Thrive Global, stepped down from Uber’s board of directors this week, a team she had been apart of since 2016. She addressed the news in a tweet, explaining that there were no disagreements between her and the company, rather, she was busy and had other things to focus on. Fair. Benchmark’s Matt Cohler also stepped down from the board this week, which leads us to believe the ride-hailing giant’s advisors are in a period of transition. If you remember, Uber’s first employee and longtime board member Ryan Graves stepped down from the board in May, just after the company’s IPO.

Today I told my fellow @Uber board members that given @Thrive's growth, I will no longer be able to give my board duties the attention they deserve, so I will be stepping down. I look forward to watching Uber go from strength to strength! Here is the email I sent to the board: pic.twitter.com/sck0CPLwAV

While we’re on the subject of amazing TechCrunch #content, it’s probably time for a reminder for all of you to sign up for Extra Crunch. For a low price, you can learn more about the startups and venture capital ecosystem through exclusive deep dives, Q&As, newsletters, resources and recommendations and fundamental startup how-to guides. Here are some of my current favorite EC posts:

If you enjoy this newsletter, be sure to check out TechCrunch’s venture-focused podcast, Equity. In this week’s episode, available here, Equity co-host Alex Wilhelm, TechCrunch editor Danny Crichton and I unpack Robinhood’s valuation and argue about scooter startups. Equity drops every Friday at 6:00 am PT, so subscribe to us on Apple Podcasts, Overcast and Spotify.

Wyoming works to make some crypto tokens exempt from regulation 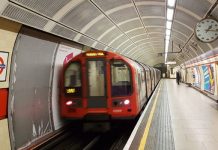 ‘Blood EVERYWHERE’ – Man stabbed in the ‘FACE’ on London Underground... 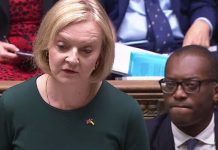 Liz Truss to cut even more taxes as PM doubles down... 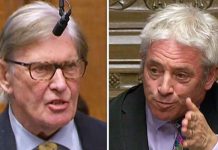 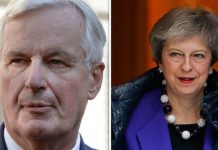 Equity Shot: The DoJ, Google and what the suit could mean...