Home IT Business – Tech Startups Startups are transforming global trade in the COVID-19 era
Share on Facebook
Tweet on Twitter
Scott Bade Contributor
Scott Bade is a former speechwriter for Mike Bloomberg and co-author of “More Human: Designing a World Where People Come First.”
More posts by this contributor

Global trade watchers breathed a sigh of relief on January 15, 2020.

After two years of threats, tariffs and tweets, there was finally a truce in the trade war between the U.S. and China. The agreement signed by President Trump and Chinese Vice Premier Liu He in the Oval Office didn’t resolve all trade tensions and maintained most of the $ 360 billion in tariffs the administration had put on Chinese goods. But for the first time in months, it looked like manufacturers, importers and shippers could start to put two difficult years behind them.

Then came COVID-19, at first a local disruption in Wuhan, China. Then it spread throughout Hubei province, causing havoc in a concentric circle that eventually engulfed the rest of China, where industrial production fell by more than 13.5% in the first two months of the year. When the virus spread everywhere, chaos ensued: Factories shuttered. Borders closed. Supply chains crumbled.

“It has had a cascading effect through the entire world’s economy,” says Anja Manuel, co-founder and managing partner of Rice, Hadley, Gates & Manuel LLC, an international strategic consulting firm based in Silicon Valley.

The crisis has caused a drastic contraction in global trade; the World Trade Organization estimates trade volumes will fall 13-20% in 2020. And spinning activity back up could be tricky: Even as China starts to get back online, the slowdown there could reduce worldwide exports by $ 50 billion this year. When factories do reopen, there’s no guarantee whether they will have parts available or empty warehouses, says Manuel, who also serves on the advisory board of Flexport, a shipping logistics startup. “Our supply chains are so tightly-knit and so just-in-time that throw a few wrenches in it like we’ve just done, and it’s going to be really hard to stand it back up again. The idea that we go back to normal the moment we lift restrictions is unlikely, fanciful, even.”

Getting to that new normal, though, is a job that a number of logistics startups are embracing. Already on the rise, companies like Flexport, Haven and Factiv see a global trade crisis as a setback, but also an opportunity to demonstrate the value of their digital platforms in a very much analog industry. 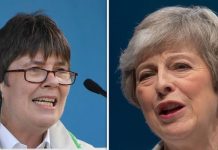 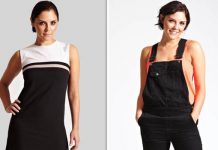 The Split star Annabel Scholey tells us her style and beauty... 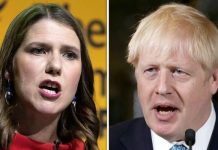 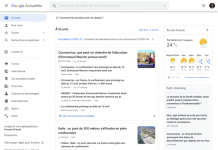 The hype, haplessness and hope of haptics in the COVID-19 era

What to make of Stripe’s possible $100B valuation