Atomico, the European venture capital firm founded by Skype’s Niklas Zennström, sometimes feels like it’s on a perpetual hiring and promotions spree, even if a number of partners have also departed over the years.

Most recently, in November Sophia Bendz, the former Spotify Global Director of Marketing, promoted to Partner. Bendz had already spent two and a half years as an Executive-in-Residence at the London-based VC firm. The same month, Partner Carolina Brochado left to join Softbank’s Vision Fund to help it source more deals in Europe.

Today we can add three more Partner promotions to the list, including Bryce Keane, who for the past two and a half years has been Atomico’s Head of Communications.

Prior to joining Atomico, Australia born Keane (who I promised not to refer to as the Aussie spin doctor — sorry!) founded the PR arm of creative agency Albion and worked with a number of now household names in European tech, such as TransferWise, years before the company was a celebrated fintech unicorn.

He also co-founded 3beards, which among other projects (involving beards, beer and the Unicorn Hunt jobs board), was the custodian of one of London’s most popular tech networking events, leading one BBC journalist to dub Keane “the social secretary for London’s tech community”. With my aversion to both crowds and heaping any resemblance of praise on PRs, I couldn’t possibly comment.

But what I will say, having covered TransferWise from Day One and reporting on Atomico pretty relentlessly over the years, is that Keane is possibly one of the hardest working flacks I know and certainly one of the best briefed, typically making it his business to know the founders and startups he supports at least as well as anyone. Well, almost anyone.

Also being promoted to Partner is Alison Smith, Atomico’s Chief of Staff. She has been with the VC firm for four years and as Partner will continue to lead key projects for Atomico, both internally and externally.

And last but definitely not least is Camilla Richards, who for the past four years has been Head of Investor Relations, overseeing Atomico’s own fundraising and its important relationship with LPs.

In her new role, she’ll continue to manage those relationships, as well as facilitating introductions between founders and LPs where new business opportunities arise or if direct investment makes sense.

“Bryce, Alison and Camilla have the ambition, shared mission and energy we need as we continue to build Atomico. I’m proud to have them as Partners at Atomico and excited to see what they will achieve in the years ahead in their new roles,” writes Atomico’s CEO and Founding Partner Niklas Zennström in a blog post.

Meanwhile, in addition to Atomico’s three new Partners, the European VC firm is making a number of promotions within its investment team. Senior Associate Stephen Thorne becomes a Principal, and Associates Hillary Ball, Will Dufton and Adam Lasri are moved up to Senior Associate. Notably, I’m told Lasri will also be relocating permanently to Paris, becoming Atomico’s first full-time investment member on the ground in the French capital city. 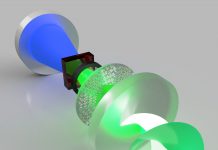 3 views on the life and death of college towns, remote work and the future of startup hubs 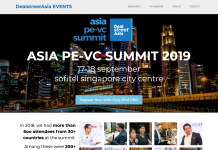 The FT is buying another media startup: Deal Street Asia 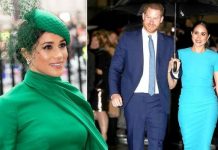 Meghan Markle wears £17k worth of jewellery for final engagements with... 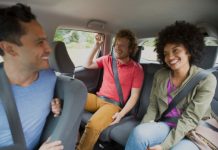 Near raises $100M for an AI that merges online and offline...

HQ Trivia shuts down after acquisition falls through