Silicon Valley, for better and oftentimes worse, provides an uncanny valley view of the ups and downs of IRL Silicon Valley.

The HBO series has shown what it’s like to deal with an incumbent who steals an idea or IP, the humiliation of saving the day, only to be fired as CEO by your VC, or the fear and exhilaration of competing on the Startup Battlefield stage — a familiar spot for those who have been to Disrupt.

Interestingly, Judge joined a team from HBO at Disrupt well before Silicon Valley ever aired, doing research for the then-forthcoming series. And, of course, Season 1 ended with the Startup Battlefield stage.

The cycle continued in 2016, when Judge came on stage to discuss what it’s like to parody Silicon Valley culture.

And round and round we go.

Judge has been in the entertainment industry for a long time, creating Beavis and Butt-head, co-creating King of the Hill, and serving as writer and director for classic films like Office Space and Idiocracy.

As Silicon Valley heads into its sixth season, we’re excited to chat with Judge about the direction of the show and the evolution of the media industry as a whole.

And hey, maybe we’ll hear a few spoilers for the upcoming season.

Tickets to the Disrupt SF 2018 are available right here.

Princess Eugenie wedding: The sweet link her dress had to royals...

Prince Harry has taken ‘another wrecking ball’ to the Queen and... 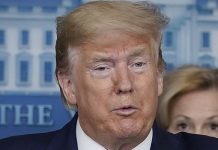 Donald Trump vows to have more coronavirus testing in wake of... 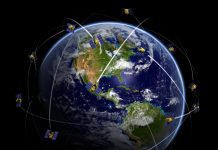 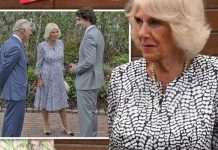 The Duchess of Cornwall looks ‘effortlessly lovely’ in summer dress at...

Is your startup the next TikTok?