Fertility tech startup Mojo is coming out of stealth to announce a €1.7 million (~$ 1.8M) seed round of funding led by Nordic seed fund Inventure. Also participating are Doberman and Privilege Ventures (an investor in Ava), plus a number of angel investors including Josefin Landgard (founder and ex-CEO of Kry) and Hampus Jakobsson (venture partner at BlueYard, BA in Clue & Kind.app).

Mojo’s mission, says co-founder and CEO Mohamed Taha, is to make access to fertility treatment more affordable and accessible by using AI and robotics technology to assist in sperm and egg quality analysis, selection and fertilization to reduce costs for clinics. Only by reducing clinics’ costs will the price fall for couples, he suggests.

“What the AI does in our technology stack from now until our roadmap is completed, product wise, is to look at sperm, look at eggs, look at data and ensure that the woman or the couple get precise treatment or the precise embryo that yields healthy baby,” he tells TechCrunch. “The role of robotics is to ensure that the manipulations/procedures are done precisely and at reduced time compared to nowadays, and also accurately.”

The idea for the business came to Taha after he was misdiagnosed with a kidney condition while still a student. His doctor suggested freezing his sperm as a precaution against deterioration in case he wanted to father a child in the future, so he started having regular sperm tests. “I was super annoyed with one particular fact,” he says of this. “Every time I do a sperm test I get a different result.”

After speaking to doctors the consensus view of male fertility he heard was “I shouldn’t care about my fertility — worst case scenario all that they need from me is one sperm”. He was told it would be his future partner who would be put on IVF to “take the treatment for me”. Doctors also told him there was little research into male fertility, and therefore into sperm quality — such as which sperm might yield a healthy baby or could result in a miscarriage. And after learning about what IVF entailed, Taha says it struck him as a “tough” deal for the woman.

“It’s completely blackbox,” he says of male fertility. “I also learned that in terms of IVF or ART [assisted reproductive technologies] everything, pretty much, is done manually. And everything, pretty much, also is done at random — you select a random sperm, they fertilize it with a random egg. Hopefully the technician who’s doing it manually knows his or her job. And in the end there’s going to be an embryo that will be implanted.”

He says he was also struck by the fact the ‘trial and error’ process only works 25% of the time in high end laboratories, yet can prospective parents between €40,000-€100,000 for each round of treatment. “This is where the idea of the company came from,” he adds. Mojo’s expectation for their technology is that it will be able to increase IVF success rates to 75% by 2030.

The team started work in 2016 as a weekend project during their PhDs. Taha initially trained as an electrical engineer before going on to do a PhD in nanotechnology, investigating new and affordable materials for use as biosensors. It was the microscopes and robotic arms that he and his co-founder Daniel Thomas, were using in the labs to examine nanoparticles and select specific particles for insertion into other media that led them to think why not adapt this type of technology for use in fertility clinics — as an alternative to purely manual selection and fertilization.

The other two co-founders are Fanny Chesa and Tobias Boecker.

“We just completely automate everything to ensure that the procedure is done faster, better and at the same time more reliably,” Taha says of the concept for Mojo. “No randomness. Understand the good from the bad.”

That — at least — is the theory. To be clear, they don’t yet have their proposition robustly proved out nor productized at this stage. Their intended first product, called Mojo Pro, is still pending certification as a medical device in the EU, for example. But the plan, should everything go to plan, is to get it to market next fall, starting in the UK.

This product, a combination of microscopy hardware and AI software, will be sold to fertility clinics (under a subscription model) to offer an analysis service consisting of a sperm count and quality check — as a first service for couples to determine whether or not the man has a fertility problem.

Initially, Mojo’s computer vision analysis system is focused on sperm counts, automating what Taha says is currently a manual process, as well as assessing some basic quality signals — such as the speed and morphology of the sperm. For example, a sperm with two heads or two tails would be an easy initial judgement call to weed out as “bad”, he suggests.

“The first product is to look at the sperm and say if this man experiences infertility or not. So we have a smart microscopy — built custom in-house. And this is where the element of the robotics comes in,” he explains. “At the same time we put on it an AI that looks at a moving sperm sample. Then, through looking at this, the system on Mojo Pro will tell us what is the sperm count, what is the sperm mobility (how fast they move) and what is the predominant shape of the sperm.

“The second part is the selection of the sperm [i.e. if the sample is needed for IVF]. Now we ensure that good sperm is being selected. This microscopy will look at the same and visually will guide the embryologist to pick the good sperm — that’s highlighted around, for example, by a green box. Good sperm have green boxes around them, bad sperm have red boxes around them so they can pick up through their current techniques the sperm that are highlighted green.” 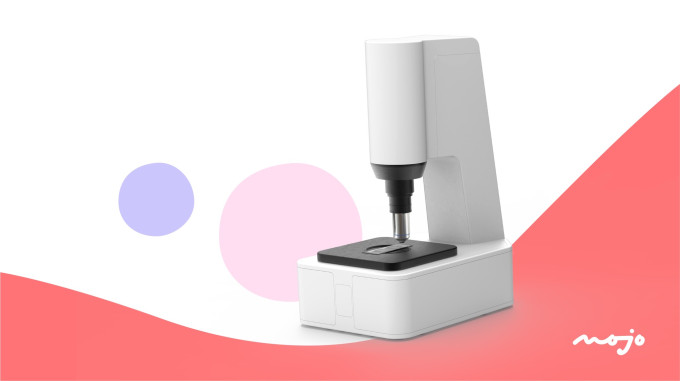 Based on internal testing of Mojo Pro the system has achieved 97% of the accuracy of a manual sperm count so far, per Taha, who says further optimization is planned.

Though he admits there’s no standardization of sperm counts in the fertility industry — which means such comparative metrics offer limited utility, given the lack of robust benchmarks.

“The way we are going with this is we’re really choosing the best of the best practitioners and we are just comparing our work against them for now,” is the claim. (Mojo’s lab partner for developing the product is TDL.)

“We will try to introduce new standards for ourselves,” he adds.

The current research focus is: “What are the visuals to make sure the sperm is good or bad; how to actually measure the sperm sample, the sperm count; in terms of morphology… how we can incorporate a protocol that can be the gold standard of computer vision or AI looking at sperm?”

The wider goal for the business is to understand much more about the role that individual sperm and eggs play in yielding a healthy (or otherwise) embryo and baby.

Taha says the team’s ultimate goal is “automating the fertilization process”, again with the help of applied AI and robotics (and likely also incorporating genetic testing to screen for diseases).

He points out that in many markets couples are choosing to conceive later in life. The big vision, therefore, is to develop new assisted reproductive technologies that can support older couples to conceive healthy babies.

“Generally speaking we leave our fertility to chance — which is sex… So there’s a little bit of randomness in the process. This doesn’t necessarily mean it’s bad — it’s how the body functions. But when you hit later ages, 30 or 40, we face biological deficiencies which means the quality of the eggs are not good any more, the quality of the sperm might not be good any more, if fertilization happens with old gametes… you are not sure there is a healthy baby. So we need technology to play a role here.

“Imagine a couple at the age of 40 who want to conceive a baby ten, twelve years from now. What happens if this couple have the possibility of the sperm of the man to be shipped somewhere, the egg of the woman to be shipped somewhere and they get fertilized using high end technology, and they get informed once the embryo is ready to be implanted. This is where we believe the consumer game will be in the future,” he says.

“We envisage ourselves going from just working with clinics in the coming ten years… making our AI and our robotics really flawless at manipulation, and then we are envisaging of having as consumer-facing way where we ensure people have healthy babies. Not necessarily this will be a clinic but it will be somehow where fertilization will happen in our facilities.”

“I’m not speaking about super humans or designer babies,” he adds. “I’m speaking about ensuring at a later stage of the conception journey to have a healthy baby. And this is where we see ART can actually be the way to procreate at later stages in order to ensure that the baby is healthy then there should be new technologies that just give you a healthy baby — and not mess up with your body.”

Of course this is pure concept right now. And Taha concedes that Mojo doesn’t even have data to determine “good” sperm from “bad” — beyond some basic signifiers.

But once samples start flowing via customers of the first product they expect to be able to start gathering data (with permission) to support further research into the role played by individual sperm and eggs in reproduction — looking at the whole journey from sperm and egg selection through to embryo and baby.

Though getting permission for all elements of the research they hope to do may be one potential barrier.

“Once the first module is in the market we will be collecting data,” he says. “And this data that we’ll be collecting will go and be associated with the live births or the treatment outcome. And with that we’ll understand more and more what is a good sperm, what is a bad sperm.

“But we need to start from somewhere. And this somewhere right now what we’re relying on is the knowledge that good practitioners have in the field.”

Taha says he and his co-founders actively started building the company in January 2018, taking in some angel investment, along with government grants from France and the EU’s Horizon 2020 research pot.

They’ve been building the startup out of Lyon, France but the commercial team will shortly be moving to the UK ahead of launching Mojo Pro.

In the short term the hope is to attract clinics to adopt the Mojo Pro subscription service as a way for them to serve more customers, while potentially helping couples reduce the number of IVF cycles they have to go. Longer term the bet is that changing lifestyles will only see demand for data-fuelled technology-assisted reproduction grow.

“Now we help streamline laboratory processes in order to help the 180M people who have fertility problems have access to fertility at an affordable price and reliable manner but also we have an eye on the future — what happens when genetic testing… [plays] an important role in the procreation and people will opt for this,” he adds. 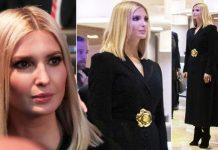 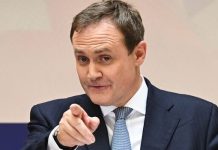 Remainer Tugendhat ‘not a credible PM’ because wife works for Macron,... 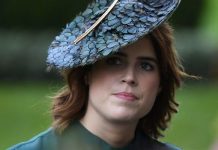 KitchenMate makes it easy to cook fresh meals at work