Construyo, a Berlin-based startup that offers a “holistic” project management service that connects the architecture, engineering and construction (AEC) industry, has raised €2 million in seed funding.

The round is led by Talis Capital, and follows €300,000 of previous backing from Florian Swoboda, founder of Liberty Ventures; Florian Leibert, founder of D2iQ, and Jan Kanieß, co-founder of Payone.

Founded in 2018 by Leonhard Jeub and Fabian Müller, Construyo’s mission is to bring the construction industry into the digital age. It does this with a mixture of project consultancy, project management software, and a marketplace/network of architecture, engineering and construction providers. The goal is to increase transparency, lower the cost, and increase efficiencies when renovating and building properties.

“Anyone who has built a house can tell how complicated and chaotic the process is,” says Construyo co-founder Leonhard Jeub. “There are many stakeholders involved and they are typically needed one after another. Nearly all projects struggle with inefficient sequencing of required services and an immense friction of information between everyone involved”.

For example, an architect might need information from a specialised engineer, but the engineer can only deliver that information weeks later. This then becomes a big problem as everyone further down the value chain is affected. Worse still, if the work subsequently carried out is been based on an incorrect version of the plan, it can become pretty expensive.

To remedy this, Construyo has built a technology platform that connects homeowners and developers with “trusted professionals” from the AEC industry. “We capture all relevant information on a central platform, which allows for a smooth flow of data and information between professionals,” explains Jeub. “We leverage this data to help optimise project schedules, so projects can be finished on time and on budget. By allowing all stakeholders to communicate through our platform, we provide the single source of truth for construction projects”.

The idea is to provide a much greater level of transparency and connect the different stakeholders so that they can more easily communicate with one another. In turn, there should be fewer delays, and lower costs — including those associated with building work overrunning.

With regards to competitors, Jeub concedes that there are other solutions that focus on matchmaking for the construction sector, but claims these still leave homeowners and developers left in the dark when it comes to managing their actual project. “Construyo provides end to end care to ensure that every project step becomes a success,” he says.

Meanwhile, the company’s revenue model sees it take a percentage of each transaction that is processed through the Construyo platform. 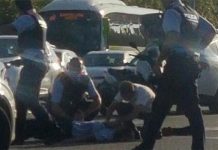 BREAKING: Barcelona terror police RUN OVER during hunt for attackers 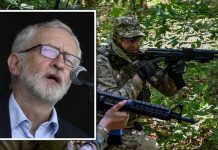 Indonesian investment platform Ajaib gets $25 million Series A led by... 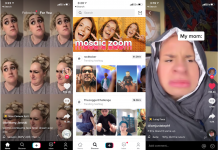