Investors, it seems, aren’t entirely soured on the world of 3D printing. The technology is still making progress in the enterprise sector, and Shapeways is certainly continuing to make a case for it in the world of online marketplaces. This morning, the New York-based company announced the closing of a $ 30 million Series E.

The round, led by  Lux Capital, puts its total funding north of $ 100 million. That’s no small chunk of change, particularly as 3D printing has lost much of its luster in the consumer world over the past several years. But the company has been a bit of a quiet success in 3D printing, selling the technology as a service along with an Etsy-like online marketplace, rather than attempting to convince early adopters to spend $ 500-$ 1,000 on a desktop machine.

After a long search, the company appointed Gregory Kress its new CEO, back in February. At the time, he explained his vision of playing a stronger role in the world of hardware prototyping/startup incubation. “We can help them to market it and develop and sustain a small business,” said Kress. “I see Shapeways shifting from delivering one niche of that customer experience to truly helping our creators from almost a platform perspective and allowing us to become a one-stop shop.”

Now flush with extra cash, Shapeways is going to take that expansion further. “The capital will be used to accelerate company growth and launch additional services to support Shapeways’ overall vision to become the complete end-to-end platform helping creators ‘design, make, and sell,’ regardless of 3D modeling experience,” the company writes in a press release tied to the funding announcement.

That starts with the introduction of the new Design With Shapeways tool, which is designed to walk creators through the 3D printing process, starting with a 3D file, 2D drawing, or even just an idea. The new Spring & Wonder line, meanwhile, offers a hands-on approach to creating personalized jewelry through the service.

Can learning pods scale, or are they widening edtech’s digital divide? 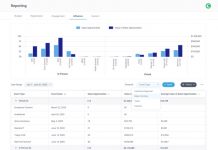 EventGeek relaunches as Circa to help marketers embrace virtual events

Cheltenham 2018: Plunging necklines and host of wardrobe malfunctions take over...

Brother of hero soldier BRUTALLY KILLED by Taliban in Afghanistan to...

Notarize to add 1,000 online notaries to address demand for remote... 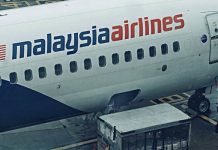 Adobe gets its company, snaring Marketo for $4.75 billion

Don’t fear the rise of the robots: automation will be good...