Aircam is a new startup that allows anyone to get instant access to pictures taken by professional photographers at weddings, parties and other events.

The company was founded by brothers Evan and Ryan Rifkin, who previously co-founded Burstly, the company behind mobile app-testing service TestFlight (which was acquired by Apple).

In addition to officially launching Aircam today, they’re also announcing that the company has raised $ 6.5 million in seed funding led by Upfront Ventures, with participation from Comcast Ventures.

“The process of finding a great photographer still sucks and the tools photographers use to share photos are antiquated for an industry worth over $ 10 billion,” said Upfront Ventures Managing Partner Mark Suster in a statement. “Aircam provides real-time, location-aware and enhanced photos that today’s consumers expect with booking simplicity that will change the current playing field.”

The Rifkin brothers are pitching Aircam as “a real-time photo-sharing platform for professional and consumer photos.” To try out the technology, I visited the Aircam website and hit a button to see nearby photos. Then, as the Rifkins took photos with a DSLR camera, those photos appeared on the site nearly instantaneously. I, in turn, could send the photos to a printer in their office, or share photos from my phone.

Manufacturers already offer software to transfer photos wirelessly from their cameras to your computer. But with Aircam, the photos became accessible to everyone at an event, without requiring anyone except the photographer to install an app.

Ryan explained that the company is taking advantage of cameras’ Wi-Fi connections (it currently works with Canon, Nikon and Sony devices) to send the photos to an app on the photographer’s phone, which then uploads the photos to the cloud.

He also said the team initially believed that Aircam would become the repository for photos taken by everyone attending an event. But in early testing, they saw that “the opposite is happening — people are putting their phones away.”

In other words, once attendees realize that they have access to professional-quality photos, they can spend less time worrying about taking their own pictures with their phones and instead focus on being present at the event.

This should also make life easier for photographers, particularly since Aircam includes automated photo editing — the photos are color corrected (with nice touches like teeth whitening) without requiring any extra work from the photographer.

“If you ask photographers what’s their least favorite part of photography — one, it’s finding new business, and two, it’s the edits,” Ryan said. “Some people limit the number of events they’ll accept because of the editing work … With automatic edits, they shoot and they’re done.” 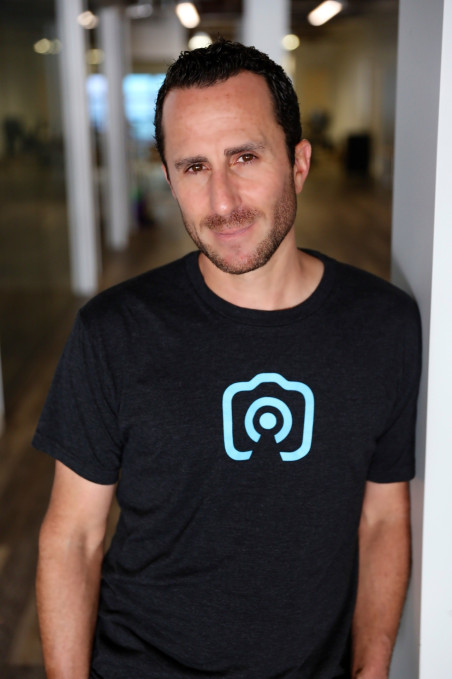 As for finding new business, Evan said that the company tested this out by allowing photographers to offer Aircam as an additional option for their customers. (The company charges the photographers $ 50 per event.)

But once customers had seen Aircam in action, they wanted to order it again, so Aircam is also launching its own marketplace (currently focused on Southern California) where you can book professional photographers for $ 99 per hour, with the Aircam service included as part of the package.

Or, if you want to try it out without hiring a pro photographer, you’ll be able to upload photos from your iPhone for free.

The Rifkins told me they haven’t had any issues around privacy or content moderation so far, but they also noted that customers who are concerned about these issues can limit their guests’ upload capabilities. They also can create a custom URL for their event rather than making it discoverable to anyone nearby. 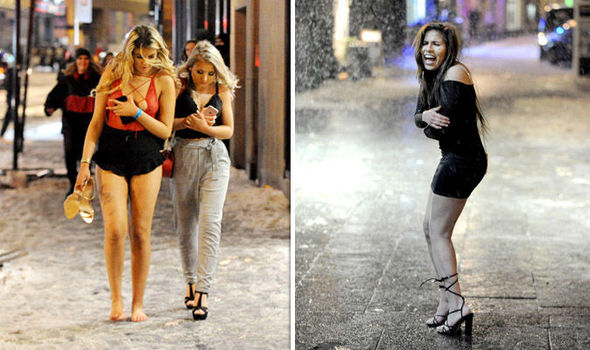 Did you not see the weather forecast? Northerners brave cold for night out despite snow

Tour de France horror: Child, 9, rushed to hospital after being hit by vehicle during race

Brexit no-deal could put 100,000 JOBS AT RISK in Germany as car exports COLLAPSE