Welcome back to The TechCrunch Exchange, a weekly startups-and-markets newsletter. It’s broadly based on the daily column that appears on Extra Crunch, but free, and made for your weekend reading. Want it in your inbox every Saturday morning? Sign up here.

It’s been a bizarre few weeks, with Robinhood raising a torrent of new funds to keep its zero-cost trading model afloat during turbulent market conditions, other neo-trading houses changing up their business model and more. But amidst all the moves in startup-land, something has been itching in the back of my head: Why are several rich people pumping crappy assets?

It’s fine for a retail investor to share trading ideas amongst themselves; it has happened, will happen, and will always happen. But we’ve seen folks like Elon Musk and Chamath Palihapitiya use their broad market imprint to encourage regular folks — directly and indirectly — to buy into some pretty silly trades that could lose the retail crowd lots of money that they may not be able to afford.

Think of Elon coming back to Twitter to pump Doge, a joke of a cryptocurrency that is highly volatile and mostly useless. Or Chamath putting money into GameStop publicly, a move that he is better equipped than most to get into and out of. Which he did. And made money. Most folks that played the GameStop casino have not been as lucky, and many have lost more than they can afford.

Caveat emptor and all that, but I do not love folks with savvy and capital leading regular people into risky trades or into assets that are not backed by long-term fundamentals, but instead a small shot at near-term returns. Yoof.

Finally, keeping up the theme of general annoyance, Senator Hawley is back in the news this week with an attention-focused announcement of an idea to block big tech companies from buying smaller companies. As you would expect from the insurrection-friendly Senator, it’s not an incredibly serious proposal, and it’s written so vaguely as to be nearly humorous.

But as I wrote here on my personal blog about all of this, what does matter out of the generally irksome pol is that there is bipartisan interest in limiting the ability of big tech companies to buy smaller companies. For startups, that is not good news; M&A exits are critical liquidity events for startups, and big companies have the most money.

It’s no sauté of my onions if startup valuations fall, but I think there’s been plenty of attention noting that some Democrats and some Republicans in the U.S want to undercut top-down tech M&A, and not nearly enough notice concerning what the effort might do to startup valuations and funding. And if those metrics dip, there could be fewer upstarts in the market actually working to take on the giants.

The Exchange caught up once again with Unity CFO Kim Jabal. We did so not merely to make jokes with her about games that we like or don’t like, but to keep tabs on how Jabal thinks as the financial head of a company that was private when she joined, and public now. A few observations:

And speaking of startups, let’s talk about a company that I’ve had my eye on that recently raised more capital: Deepgram. I covered the company’s Series A, a $ 12 million round in March 2020. Now it has raised $ 25 million more, led by Tiger, so this is a fun case of big money investing early-stage, I think. Regardless, Deepgram was a bet on a particular model for speech recognition, and, then, its market. its new investment implies that both wagers came out the right way up.

And I was chatting with the CEO of Databricks recently (more here on its latest megaround), who mentioned the huge gains made in AI, and more specifically around generative adversarial networks (GANs) NLP, and more. Our read is that we should expect to see more Deepgram-ish rounds in the future as AI and similar methods of approaching data make their way into workflows.

And fintech player Payoneer is going public. Via a SPAC. You can read the investor presentation here. Payoneer is not a pre-revenue firm going out via a blank check; it did an expected $ 346 million in 2020 rev. I’m bringing it to you for two reasons. One, read the deck, and then ask yourself why all SPAC decks are so ugly. I don’t get it. And then ask yourself why isn’t it pursuing a traditional IPO? Numbers are on pages 32 and 40. I can’t figure it out. Let me know if you have a take. Best response gets Elon’s dogecoin.

Wrapping up this week, TechCrunch has a new newsletter coming out on apps that is going to rule. Sarah Perez is writing it. You can sign up here, it’s free!

And if you need a new tune, you could do worse than this one. Have a great weekend!

Shipper, a platform for e-commerce logistics in Indonesia, raises $5 million

Why did Princess Diana wear two watches before she married Prince... 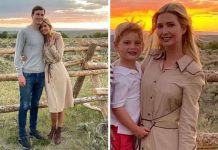 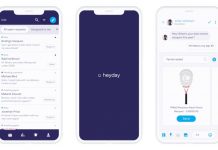 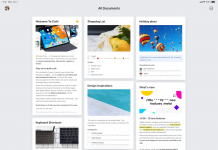 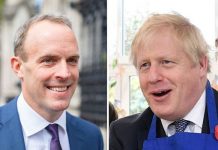