Vista Equity Partners hasn’t been shy about scooping up enterprise companies over the years, and today it added to a growing portfolio with its purchase of Gainsight. The company’s software helps clients with customer success, meaning it helps create a positive customer experience when they interact with your brand, making them more likely to come back and recommend you to others. Sources pegged the price tag at $ 1.1 billion.

As you might expect, both parties are putting a happy face on the deal, talking about how they can work together to grow Gainsight further. Certainly, other companies like Ping Identity seem to have benefited from joining forces with Vista. Being part of a well-capitalized firm allowed them to make some strategic investments along the way to eventually going public last year.

Gainsight and Vista are certainly hoping for a similar outcome in this case. Monti Saroya, co-head of the Vista Flagship Fund and senior managing director at the firm, sees a company with a lot of potential that could expand and grow with help from Vista’s consulting arm, which helps portfolio companies with different aspects of their business like sales, marketing and operations.

“We are excited to partner with the Gainsight team in its next phase of growth, helping the company to expand the category it has created and deliver even more solutions that drive retention and growth to businesses across the globe,” Saroya said in a statement.

Gainsight CEO Nick Mehta likes the idea of being part of Vista’s portfolio of enterprise companies, many of whom are using his company’s products.

“We’ve known Vista for years, since 24 of their portfolio companies use Gainsight. We’ve seen Gainsight clients like JAMF and Ping Identity partner with Vista and then go public. We believe we are just getting started with customer success, so we wanted the right partner for the long term and we’re excited to work with Vista on the next phase of our journey,” Mehta told TechCrunch.

“It’s not only the power that’s in the platform, it’s also the money. And Vista seems to be piecing together an engagement platform based on the acquisitions of Gainsight, Pipedrive and even last year’s Acquia purchase. Vista isn’t afraid to spend big money, if they can make even bigger money in a couple years if they can make these pieces fit together,” Leary told TechCrunch.

While Gainsight exits as a unicorn, the deal might not have been the outcome it was looking for. The company raised more than $ 187 million, according to PitchBook data, though its fundraising had slowed in recent years. Gainsight raised $ 50 million in April of 2017 at a post-money valuation of $ 515 million, again per PitchBook. In July of 2018 it added $ 25 million to its coffers, and the final entry was a small debt investment raised in 2019.

It could be that the startup saw its growth slow down, leaving it somewhere between ready for new venture investment and profitability. That’s a gap that PE shops like Vista look for, write a check, shake up a company and hopefully exit at an elevated price.

Gainsight hired a new chief revenue officer last month, notably. Per Forbes, the company was on track to reach “about” $ 100 million ARR by the end of 2020, giving it a revenue multiple of around 11x in the deal. That’s under current market norms, which could imply that Gainsight had either lower gross margins than comparable companies, or as previously noted, that its growth had slowed.

A $ 1.1 billion exit is never something to bemoan — and every startup wants to become a unicorn — but Gainsight and Mehta are well known, and we were hoping for the details only an S-1 could deliver. Perhaps one day with Vista’s help that could happen.

Finiata, the finance platform for SMEs, freelancers and the self-employed, bags...

‘There is NO guarantee’ EU27 could REJECT Brexit warns Donald Tusk 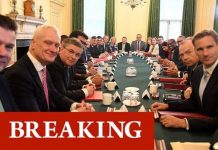 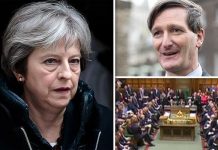 END OF DEMOCRACY? ‘It’s game over for Brexit’ as MPs plot... 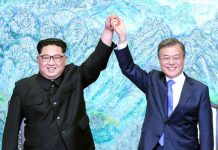 North Korea to CLOSE Punggye-ri NUCLEAR test site in May as...