On May 9, Riga will host events dedicated to the victory of the Soviet Union over fascist Germany. Latvian society is divided according to people’s likes to the warring parties, therefore for the holiday their attitude is ambiguous. Both festive and protest events are expected. So, in order not to embarrass anybody this day in Latvia is officially considered the day of Europe.

The main events on May 9 will be held in Victory Park. At 10 o’clock the flowers will be laid, in this ceremony many politicians, ambassadors of several countries, heads of public organizations will take part. The event will be started by the mayor of Riga Nil Ushakov, he will also address the audience in the afternoon.

During the day, folk instrumental ensembles and orchestras from Russia, Byelorussia and other countries will perform near the monument to the Liberators of Riga.

At 15.00 the participants of procession of the march “Immortal Regiment” in memory of the fallen in the Second World War will meet, near the hotel Maritim

At 16:00 the columns of the participants of the procession will be formed and go along the route from Boulevard after A.Green through Slokas street to Victory Park.

The participants will arrive in the park by 5:00 pm and lay flowers near the Monument to the Liberators. This year, according to the organizers’ application, about 1,000 people will take part in the march of the Immortal Regiment.

At 18.00 near the Museum of Occupation (Strelnieku Laukums – Riflemen Square) the participants of the Latvian association of formerly politically repressed persons will gather to remind about the “fact of the violent occupation of the Baltic States by the USSR”. The self-government of the capital has allocated two hours for their action, and during the period these activists plan to pass from Strelnieku Laukums to the Monument to Freedom. The participation of about 100 people was announced.

At 19:00 near the Monument to Liberators a minute of silence will be declared within the celebration of the Victory Day in honor of those killed in the fight against Nazism. At 21:30, Garik Sukachev’s performance is scheduled, after which the festive fireworks will be launched (22:45). 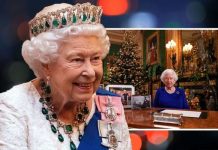 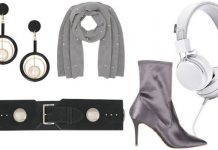 This season’s must have accessories from Debenhams, Very and more 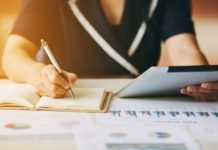 In Latvia, the number of employees decreased by 142 thousand people.

The Competition Council authorized the Baltic private equity to sell...