Those of you familiar with the incredible rise of Twilio, which came along to utterly disrupt the communications world, will be interested to hear that another player plans to do the same, but this time in the staid and tricky area of emerging markets.

Unifonic, which has been dubbed “the Twilio of emerging markets” has today closed a $ 21M Series A funding round led by Saudi Technology Ventures (STV), and the emerging market specialist fund Endeavor Catalyst, which is backed by LinkedIn co-founder Reid Hoffman, among others. Other participants include RTF ELM, and Raed Ventures.

At $ 500M, STV is the largest VC fund in the region, and anchored by the Saudi Telecom Company (STC), the largest telecom company in the Middle East. Former Googler turned VC Abdulrahman Tarabzouni lead this round.

As far as we can tell, the is the largest Series A funding in the history of the Middle East technology sector. Appropriately, it shows the sheer growth in the region and comes on the heels of our recent and highly successful TechCrunch Startup Battlefield MENA in Beirut, as well as the Series C round announced by the “Uber for Doctors” in MENA Vezeeta’s Series C.

The capital will be used by Unifonic to scale the company across the MENA region and globally, and invest in the platform.

Unifonic is similar to Twilio in that it is a B2B cloud communications platform, a space that is sometimes called Communications Platform as a Service (CPaaS).
With 100+ employees spread across nine regional offices, and over 5,000 B2B clients, many of whom are giants in the MENA region, such as Souq.com, Aramex, Al Jazeera, HSBC, Uber, FedEx, Carrefour and others, they are the MENA region’s clear No.1 in this arena.

The company was started by two brothers, Hassan and Ahmed Hamdan, who were selected as high-impact Endeavor Entrepreneurs in 2013. They now regularly compete against their European counterpart, MessageBird, which recently raised $ 60M (led by Accel and Atomico), and their US benchmark, Twilio.

Hassan told me: “Unifonic’s competition in emerging markets are small players that operate in a single country not cross the region like Unifonic. The product suite is designed for both the non-tech-savvy with last-mile tools already built to plug and play, localized to telecom infrastructure, hosted on multiple clouds, geographically in the region, to increase reliability and minimize latency so transactions are processed in milliseconds.”

In a joint statement Reid Hoffman, Linkedin co-founder and chairman of Endeavor Catalyst and Linda Rottenberg, Endeavor’s Co-founder and CEO said: “Endeavor selects and connects the most promising global companies and entrepreneurs with experienced business advisors to help drive growth and economic development around the world. The founders of Unifonic were selected as high-impact Endeavor Entrepreneurs in 2013, and we are thrilled to announce the Endeavor Catalyst fund is now investing in Unifonic alongside STV as the company continues scaling up.”

Why should you care?

As I wrote last year, Middle East startups are growing fast, and that’s even before the flying taxis arrive. 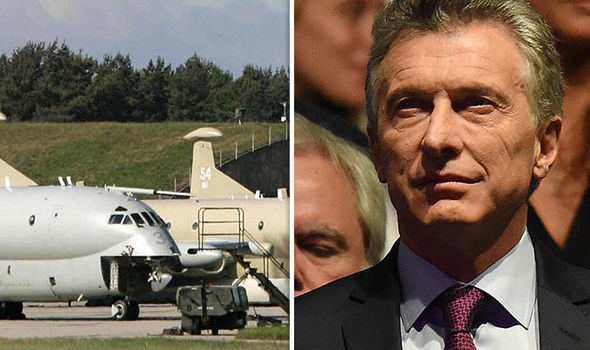 ‘EU have messed up!’ Viktor Orban hits out at ‘botched’ Brussels vaccine strategy

Google has quietly added DuckDuckGo as a search engine option for Chrome users in...

Dharma hopes to solve health data collection for NGOs of the...