Bird’s somewhat weird but also very clever global expansion model is to let others handle it, and one of those others is bringing their service online this month. Bird Canada, which is a wholly Canadian-owned company entirely distinct from Bird, will begin offering on-demand electric scooter rental service in Alberta this month, with plans to offer its services across more Canadian communities on a gradual rollout schedule after that.

Bird Canada will be operating its service under the Platform plan that the original Bird announced earlier this year, which will see it acquire its scooters from the U.S. Bird at cost, and gain access to the Santa Monica-based startup’s tools, software and technology to operate the service, in exchange for a 20 percent cut of ride revenue.

The new Canadian e-scooter company is founded by Canadian serial entrepreneur and Toronto Raptors founder John Bitove (he led the bid that brought the NBA expansion team to Toronto in 1993), who will act as the company’s Chairman. Bird Canada’s day-to-day operations will be overseen by CEO Steward Lyons, who previously worked with Bitove on SiriusXM’s Canadian business and the startup national wireless provider Mobilicity which the two entrepreneurs founded together.

For its part, the Canadian entity will operate the fleet, including recharging the electric, battery-powered scooters and ensuring they’re in good working order. Local operators are also the ones who’ll need to work with city and any other relevant governing officials, which is a big reason why this probably seemed like the wisest or at least most expedient path to getting revenue from markets outside the U.S. for Bird.

Bird is also being selective about how it rolls out these franchise-like Platform partnerships, by picking only one partner per region and also by avoiding any such partnerships in markets where it does have an interest in eventually expanding itself.

Both Lyons and Bird CEO Travis VanderZanden provided quotes around this news that emphasize how scooter charing can offer sustainable, affordable transportation that helps alleviate traffic, and Lyons specifically said that Alberta is “leading the way in Canada.” The regulatory environment around scooters is at best murky in most Canadian cities, and local governing authorities are scrambling to figure out what the formal rules should be ahead of the scooter explosion traveling north of the U.S. border in a bigger way.

Bird Canada is likely hoping to set the tone for that conversation and be involved in encouraging more communities beyond those in Alberta to open its arms to on-demand rental businesses, but it’ll be interesting to see what kind of reception these receive, and what approach Bird Canada takes to managing their fleet in the country’s harsher winter conditions. 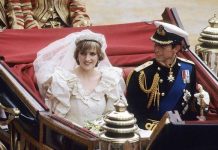 Why Princess Diana and Prince Charles’ marriage failure had NOTHING to... 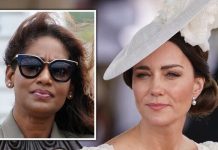 ‘I have nothing but respect’ Jamaican MP who ‘snubbed’ Kate says...

Lucence raises $20 million Series A for its non-invasive cancer screening... 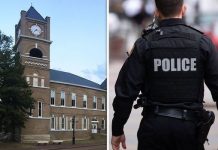 Frank raises $5M more in its quest to get students max...