A number of other investors have been added to Tink’s cap table, too. They include Christian Clausen, former Chairman of the European Banking Federation, and — most notably — Nikolay Storonsky, co-founder of banking app and fintech ‘unicorn’ Revolut. According to sources, the new round of funding gives Tink a post-money valuation of €240 million.

Originally launched in Sweden in 2013 as a consumer-facing finance app with bank account aggregation at its heart, Tink has since repositioned its offering to provide the same underlying technology and more to banks and other financial service providers who want to ride the open banking/PSD2 train.

Through various APIs, Tink provides four pillars of technology: “Account Aggregation,” “Payment Initiation,” “Personal Finance Management” and “Data Enrichment”. These can be used by third parties to roll their own standalone apps or integrated into existing banking applications.

To that end, Tink says its developer platform is launching in five new markets, significantly boosting the fintech’s European coverage. They are U.K., Austria, Germany, Belgium and Spain, adding to the company’s Nordics base and bringing the total number of markets to nine countries.

Armed with new capital, Tink says the plan is to get to 20 markets by the end of 2019, targeting a range of customers “from big banks to individual developers”. In other words, the aim is to become a truly pan-European open banking platform. To help with this, headcount will increase significantly.

As it stands, Tink employs 150 people at its Stockholm headquarters, and recently opened an office in London. It plans to establish four more offices this year, doubling its European team to around 300. Customers include SEB, ABN AMRO, BNP Paribas Fortis, Nordea and Klarna.

Cue statement from Daniel Kjellén, co-founder and CEO, of Tink: “This funding round allows us to accelerate our European roll-out but also invest further in our data services. As Europe gradually embraces open banking, our platform has proved to be its rails and brains – delivering the technology that makes it possible. We attribute our success to being the first platform provider to combine account aggregation and payment initiation, the scale of our connectivity and our smart data products that make it all understandable”.

That’s not to say that Tink isn’t without competition, even if open banking/PSD2 feels like a bronze stroll rather than a gold rush so far, although things are definitely starting to heat up. Other fintechs in the space with overlapping products include Bud (which is backed by a host of banks, including HSBC), Meniga, and upstart TrueLayer. 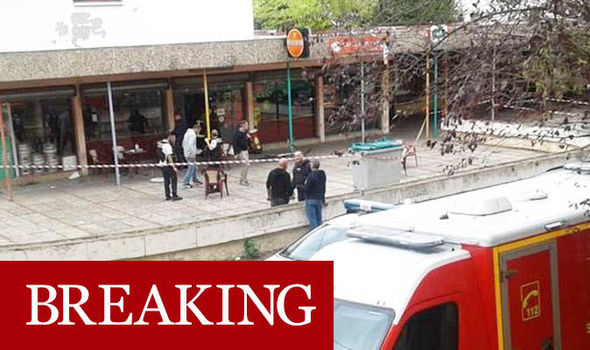 Toulouse shooting: One dead and several injured in bar attack

Gibraltar NOT weapon against Spain! UK hits back as fury grows over Royal Navy patrol boat

PowerZ raises $8.3 million for its video game focused on education