In 2015, with the filing of ten thousand citizens, some politicians tried to decriminalize the use of marijuana officially. In the summer of 2018, with the presentation of the member of the Green Party leader, Edgar Tavars, they began talking about legalization of it for medical purposes. We decided to understand the essence and history of the issue.

The discussion began on August 1, after Tavars, a member of the board of the most influential political units of the country (the Union of Greens and Peasants), spoke in favor of legalizing “medical” marijuana.

The Ministry of Internal Affairs always categorically opposed the legalization of marijuana. The ministry itself does not plan any legislative initiatives, but why not discuss the issue? Moreover, medical marijuana is legalized in many countries of Europe

Minister of Health Anda Caksa believes that Latvian society is not ready to legalize marijuana for medical purposes. According to her, in order to talk about the legalization of marijuana, there must be “very clear signs of the maturity of society.” There are no such signs, and at the moment Caksa is not ready to support the initiative. Although she admits that the use of marijuana is advisable in the treatment of certain diseases.

Following the politicians the professionals spoke. The head of the Latvian Association of Oncologists Janis Eglitis told that the legalization of marijuana for medical purposes would be very useful for Latvian doctors. However, he, supporting, the Minister of Health, believes that Latvian society still needs to “grow up a little”. Marijuana in medicine is used to relieve pain in chronic diseases and oncology at later stages; to increase appetite (important for HIV-positive patients undergoing treatment and suffering from anorexia); for the removal of nausea, which often happens in the treatment of cancer with chemotherapy; to reduce tremor and spasticity of muscles in multiple sclerosis; for the treatment of the symptoms of certain psychoses.

Polish leader encourages nationals to return from Britain but is told:...

Why does my hair get so knotty in winter? The three... 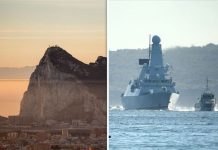 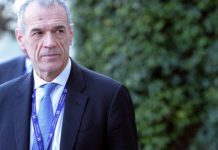 Russia is waiting for an objective assessment of the Latvian school...

New amendments to the Law on Labor entered into force