Today a group of academics, researchers and civil rights leaders go live on with ‘The Real Facebook Oversight Board’ which is designed to criticize and discuss the role of the platform in the upcoming US election. The group includes Facebook’s ex-head of election security, leaders of the #StopHateForProfit campaign and Roger McNamee, early Facebook investor. Facebook launched its own ‘Oversight Board’ last November to deal with thorny issues of content moderation, but Facebook has admitted it will not be overseeing any of Facebook’s content or activity during the course of the US election, and will only adjudicate on issues after the event.

The press conference for the launch is streamed live today, below:

Facebook founder Mark Zuckerberg claimed last November that the Oversight Board was “an incredibly important undertaking” and would “prevent the concentration of too much decision-making within our teams” and promote “accountability and oversight”.

The move was seen as an acknowledgment of the difficulty of decision-making inside Facebook. Decisions on what controversial posts to remove fall on the shoulders of individual executives, hence why the Oversight Board will act like a ‘Supreme Court’ for content moderation.

However, the Oversight Board has admitted it will take up to three months to make a decision and will only make judgments about content that has been removed from the platform, not what stays up.

Facebook has invested $ 130 million in this board and announced its first board members in May, including ex-prime minister of Denmark, Helle Thorning-Schmidt and the ex-editor-in-chief of the Guardian, Alan Rusbridger.

The activist-led ‘Real Facebook Oversight Board’ includes the ex-President of Estonia, Toomas Henrik Ilves, an outspoken critic of Facebook and Maria Ressa, the journalist currently facing imprisonment in the Philippines for cyberlibel.

Board members also include Shoshana Zuboff, author of Surveillance Capitalism, Derrick Johnson, president of the NAACP, Yael Eisenstat, former head of election integrity at Facebook, Rashad Robinson, president of Color of Change, and Jonathan Greenblatt, CEO of the Anti-Defamation League .

This issue of how Facebook moderates its content and allows its users to be targetted by campaigns has become ever more pressing as the US election looms closer. It’s already been revealed by Channel 4 News in the UK that 3.5 million Black Americans were profiled and categorized on Facebook, and other social media, as needing to be deterred from voting by the Trump campaign. 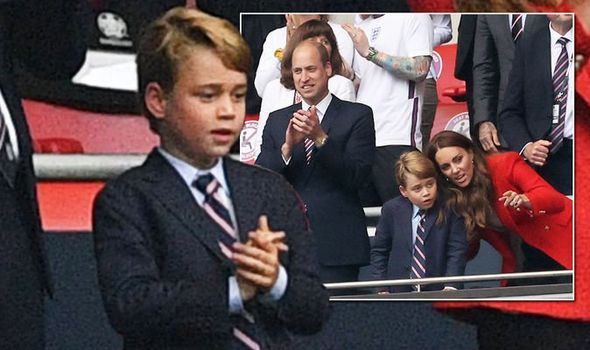 ‘Who dresses a child like that?’: Anger over Prince George in suit for England v Germany

Lockdown ease POLL: Will you take advantage of the relaxation of lockdown rules? VOTE

Why Latin American venture capital is breaking records this year