Pope Francis said that during his visit to the Baltic countries he would honor the memory of the victims of freedom fighters and try to inspire the people of Estonia, Latvia and Lithuania to believe in the future.

“Although I come as a shepherd of the Catholic Church, I would like to embrace everyone and share with everyone the message of peace, goodwill and faith in the future,” the pontiff said on the eve of the visit in a video message to residents of the Baltic countries.

“My visit coincides with the centenary of your independence, and of course, I commemorate all those who in the past sacrificed themselves for the freedom of the present days,” he said.

“Freedom, as you know, is a wealth that must be constantly stored and passed on to new generations as an expensive heritage. In times of darkness, violence and persecution, the flame of freedom does not go out, but inspires, gives hope to await a future in which the dignity given by the God to each person will be respected, and we all feel the call to create a just, fraternal society, through cooperation. This kind of solidarity for the service for the good of all people is very necessary, “added the pope.

The Pope will arrive in Vilnius on Saturday. For two days of the visit, he will meet with the leaders of the country and representatives of the public, honor the victims of the Soviet and Nazi regimes, hold a mass in Kaunas.

In his greetings, the pope wished his visit to give strength to all people of goodwill inspired by the inherited noble spiritual and cultural values of the past, who peacefully work to alleviate the suffering of brothers and sisters, and nurture unity and harmony in society. “

Brexit boost as UK tipped for business surge as companies could... 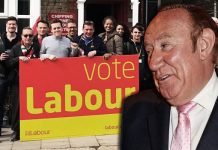 ‘This made me chuckle’ Andrew Neil mocks ‘the Owen Jones effect’... 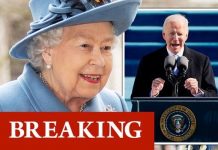 Queen sends private message of congratulations to Joe Biden as he... 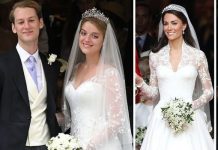 The Commission for the Preservation of Plantations under the Riga Construction...