On February 12, the government will consider amendments to the law, according to which officers of the National Armed Forces of Latvia (NAF) will be allowed to shoot live ammunition during exercises that take place outside the Defense Ministry’s training grounds. It is proposed to allow the use of military weapons in leased exercise areas, according to the website of the Latvian Cabinet of Ministers.

The Defense Ministry is currently acquiring real estate property for training needs, but it is not always advisable to buy specific territories for the organization of firing – especially if the site is to be used, for example, only a few times a year. In such situations, the National Armed Forces enter into an agreement with the owners of the territories, specifying the conditions under which they will be used. However, soldiers still did not use live ammunition outside the landfills. Now the Defense Ministry is trying to get permission to use military weapons outside the landfills, if a written agreement is signed with the site owner.

Note that even without the use of live ammunition, military exercises bring a lot of inconvenience to the people of Latvia and the neighboring Baltic States, where military maneuvers have become much more frequent.

Pound retreats against the dollar on rejuvenated US interest rate hike... 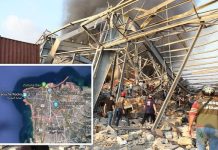 Lebanon map: Where is Beirut? Is there a civil war? 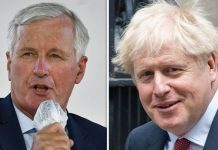 More than half of the people enrolled in the military courses...