The Berlin-based startup behind Tandem, an app for practicing a second language, has closed a £4.5 million (~$ 5.7 million) Series A round of financing to capitalize on growth opportunities it’s seeing as the coronavirus crisis continues to accelerate the switch to digital and online learning.

With many higher education institutions going remote as a result of concerns over virus exposure risks of students mixing on physical campuses, there’s a growing need for technology that helps language students find people to practice with, as Tandem tells it. And while language learning apps make for a very crowded space, with giants like Duolingo and Babbel, Tandem focuses on a different niche: native speaker practice.

As the name suggests, its app does pair matching — connecting users with others who’re trying to learn their own language for mutual practice, by (their choice of) text, phone chat or video call.

The platform also incorporates a more formal learning component by providing access to tutors. But the main thrust is to help learners get better by practicing chatting to a native speaker via the app.

Because of the pandemic push to socially distant learners, that’s a growing digital need, according to Tandem co-founder and CEO Arnd Aschentrup. He says the coronavirus crisis spurred a 200% increase in new users — highlighting a “clear appetite” among consumers for digital language learning.

The team has taken another tranche of funding now so it can scale to meeting this growing global opportunity.

The Series A is led by European VC firm Brighteye Ventures, with Trind Ventures, Rubylight Limited and GPS Ventures also participating. It brings the startup’s total raised to date to £6.8 million.

“Given the accelerated user-uptake and clear market opportunity, we felt that 2020 was the right time to partner with the team at Brighteye to bring Tandem into the mainstream,” says Aschentrup, adding: “We anticipate significant growth opportunities for online learning and social learning in the wake of coronavirus.”

He says two “key trends” have emerged over the past few months: “Firstly, schools and universities providing language courses have either temporarily shut down, or moved almost entirely to remote lessons. Students are therefore relying on additional platforms to learn and practice languages, which is precisely what Tandem offers.

“Secondly, we know that lockdown has enormously limited people’s ability to socialise. Friendships have been harder to maintain, and new connections more difficult to spark. We’re excited about Tandem’s ability to connect people all across the globe despite lockdown. Since coronavirus began, engagement on Tandem’s video chat feature has increased three-fold, and new user signups have increased 200%.”

Tandem had been growing usage prior to COVID-19 — increasing membership from around a million back in 2017 (when we last spoke), to more than 10 million members now, spread across 180 countries.

Aschentrup couches the underlying growth as “strong organic demand,” noting the platform has been profitable since 2019 (hence not taking in more outside funding ’til now). But, with the pandemic curve ball accelerating the switch to remote learning, it’s expecting usage of its platform to keep stepping up.

“We’ve successfully increased our community numbers ten-fold in recent years, profitably and organically,” he tells TechCrunch. “More people than ever value digital learning solutions combined with human connection, and so the time is ripe to introduce Tandem to language learners more widely around the globe. With the team at Brighteye on our side we’re excited to further develop Tandem’s reach and voice over the coming period.”

“We expect increased interest in online learning to sustain well after lockdown lifts. In China — where lockdown sanctions were implemented and lifted earlier — user engagement has remained buoyant.”

“Once people experience the value of learning as part of a like-minded global community, it often becomes a lasting part of their lifestyle,” he adds.

While the most popular language pairs (in ranked order of popularity) are:

While the vast majority (94%) of Tandem’s user base is making use of the freemium offering, it monetizes via a subscription product, called Tandem Pro, which it introduced in 2018 to cater to members who “preferred taking a community approach to language learning,” as Aschentrup puts it.

“For $ 9.99 per month, members can access key features such as: translating unlimited messages, finding Tandem partners nearby or in specific locations — for example ahead of international travels or studying abroad — and having enhanced visibility in the community as a featured Pro member,” he explains.

Aschentrup describes the “community aspect” of Tandem as a key differentiator versus other language learning apps — saying it helps users “develop and maintain cross-cultural friendships.”

“Members are often on opposite sides of the world to each other, yet able to enjoy a window into another culture entirely. Now more than ever, we’re pleased to be facilitating members’ healthy curiosity about other languages, countries and styles of living.”

The new funding will go on developing additional features for the app, and expanding the team across marketing and engineering, per Aschentrup. Currently Tandem has 24 full-time employees — it’s planning to double that to a 50-member team globally, post-Series A.

Commenting in a statement, Alex Spiro, managing partner at Brighteye Ventures, lauded the team’s “innovative and effective strategy” in building a community platform that tackles the language gap by connecting learners with fluent speakers.

“The product has not only proven resilient in this global crisis but has seen impressive growth during the period, and the team is now very well equipped to come out of it stronger and to continue to support loyal language learners that now number in the millions and will number many more in the coming years,” he added. 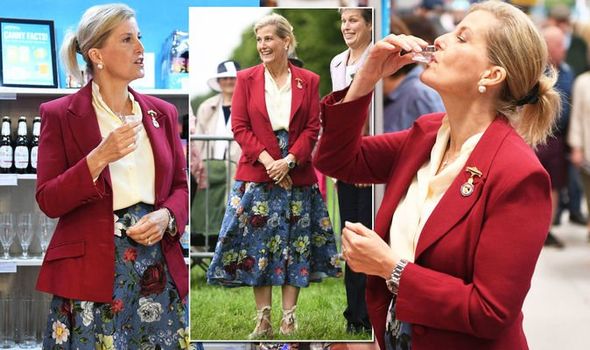 Mutual Funds Weekly: These money and investing tips can help you figure out which...

UK records spike in Sunday death toll from coronavirus as another 54,940 cases confirmed